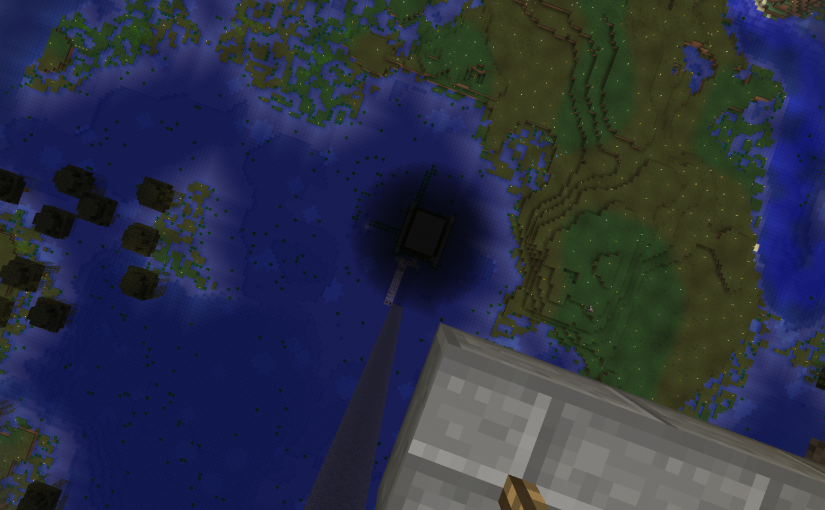 While assuming I would make Old Lusitania my home, I stopped working on it for about a month to build out a witch farm. I’d never done that, and still didn’t have all the end game stuff that might make doing it go super fast (beacons, full enchanted everything), but it was a fun project. I learned a lot, and it’s really satisfying to see the glowstone, redstone, and gunpowder roll in during a good AFK session. 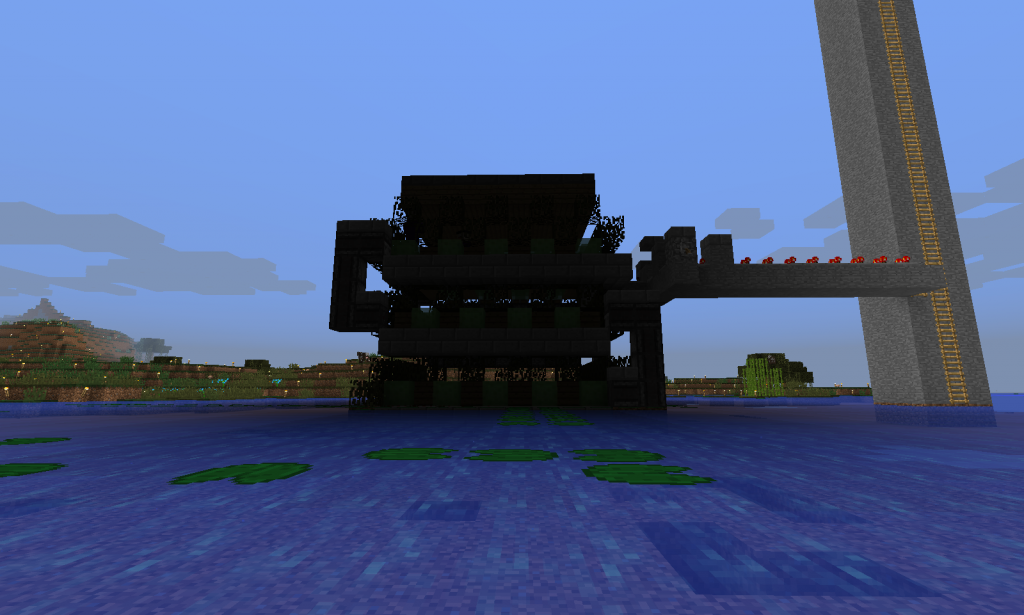 What’s been done so far is the basic witch farm itself, a floating platform above to keep it dark, where you can AFK, and where the drops are brought to for storage. Additionally, I’ve created a decorated hallway in the nether from our main nether hallway that leads to the nether portal to the witch farm. 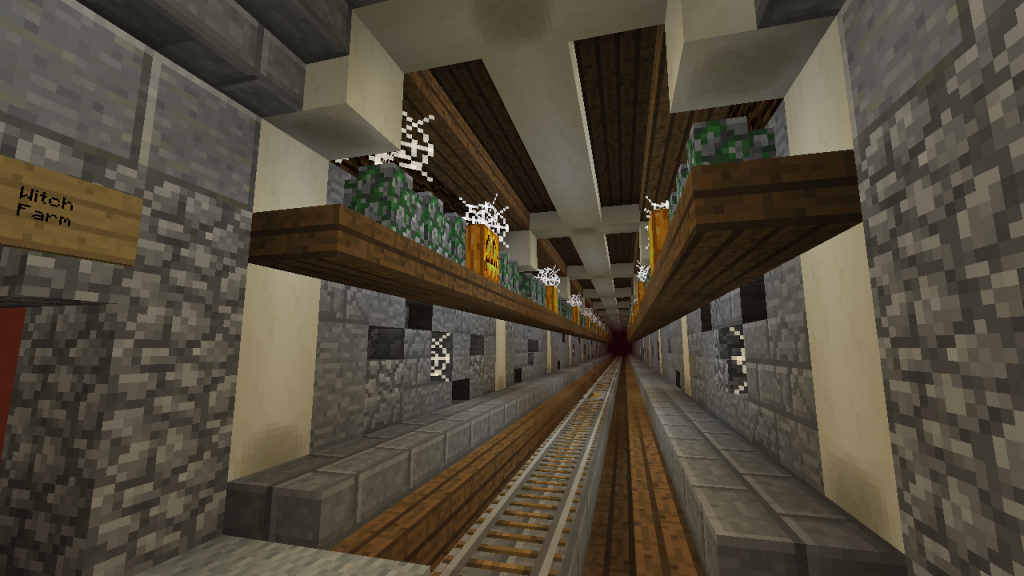 The surface area around the farm is lit up and some of it has been cleared away. Finally, most, but not all, of the caving has been done to ensure that only witches can spawn when you stand on the AFK platform. 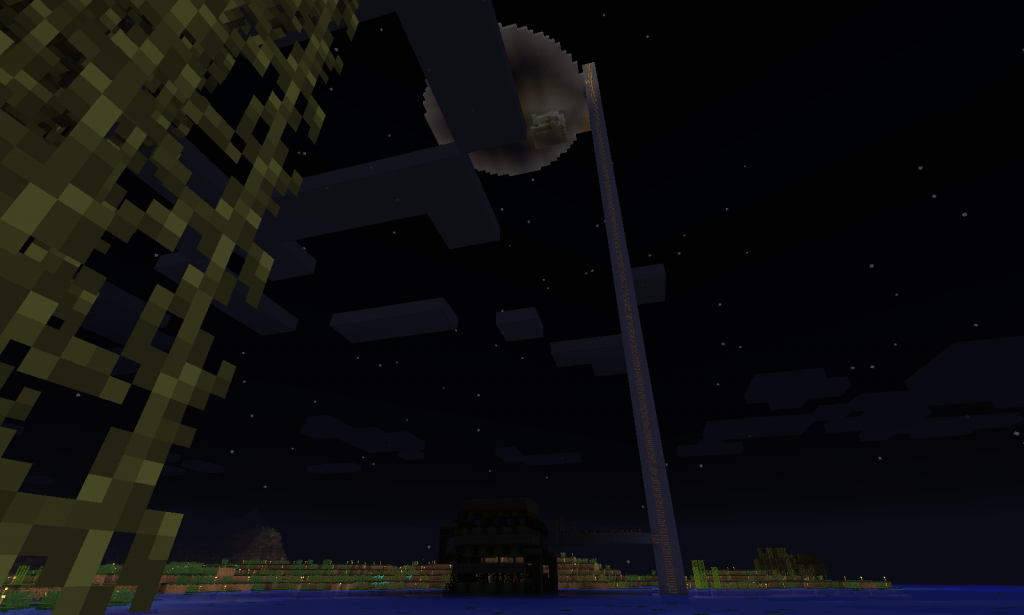 Though the witch farm is still a work in progress, it is operational. There is still some caving that can be done to increase rates, but I think they’re decent at the moment. The bigger undone work is a bunch of decoration I’d like to do. I’d like to surround the farm itself in a large haunted house structure, primarily lit up with redstone torches, and properly decorated to be creepy. Additionally, the floating island where you AFK is just a simple platform right now. But eventually it will be a proper floating island, with vines growing down the sides, a potion brewing setup, a much larger storage area, etc. 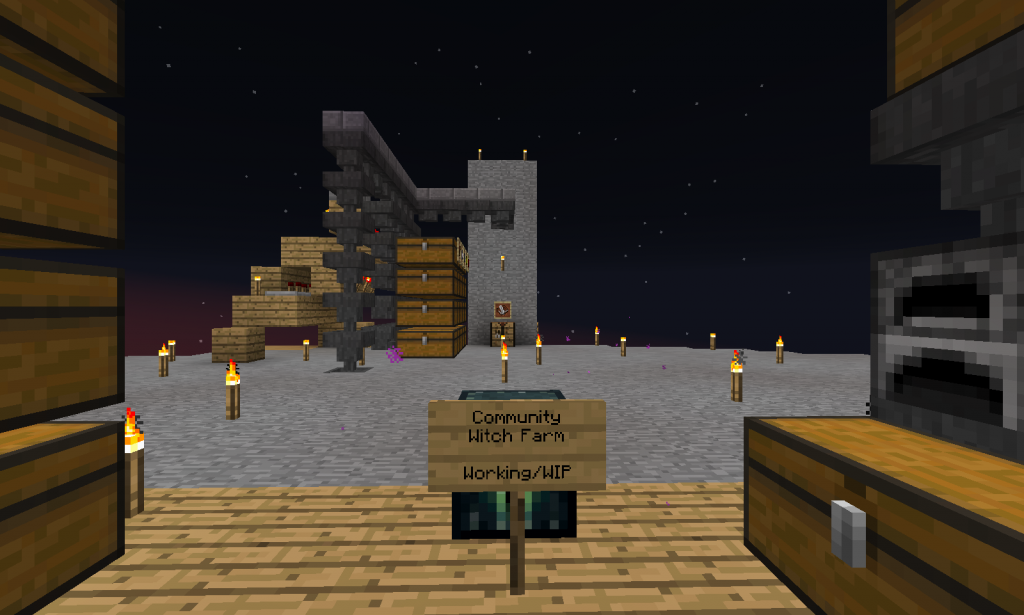 One thought on “New Lusitania: Witch Farm Work In Progress”