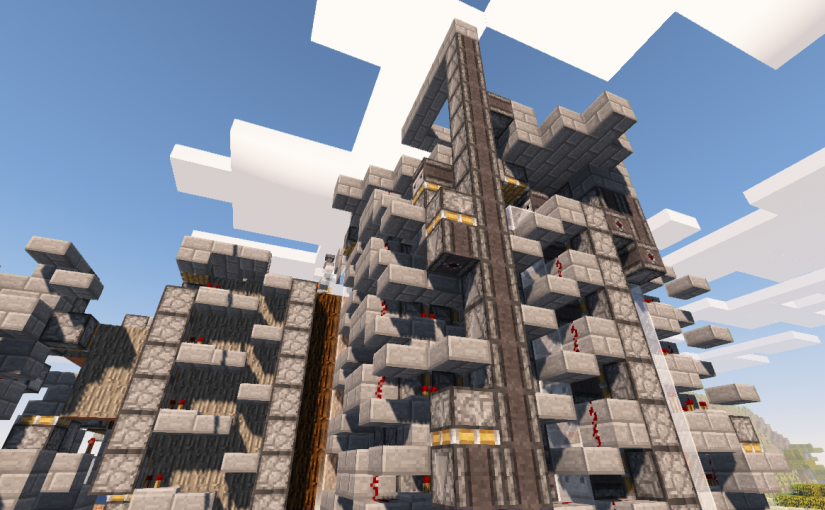 New Lusitania is an industrial empire. As such, there is an entire district devoted to large scale farming, production, and manufacturing. In addition to the iron factories, and the wheat and sugar cane farms, the pigmen of New Lusitania have built an automatic tree farm. 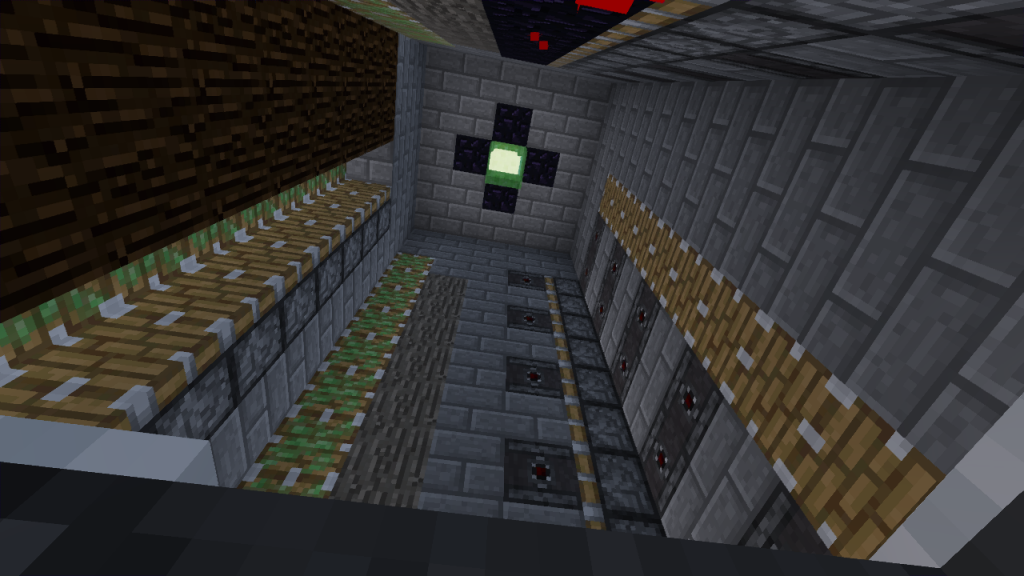 Construction of the farming factory began months ago, following a design created by ilmango. After weeks of work, initial testing on the farm began, but those tests showed that the farm had not been built to specifications. After a few attempts to understand what had gone wrong, work on the farm ceased as other priorities came up. 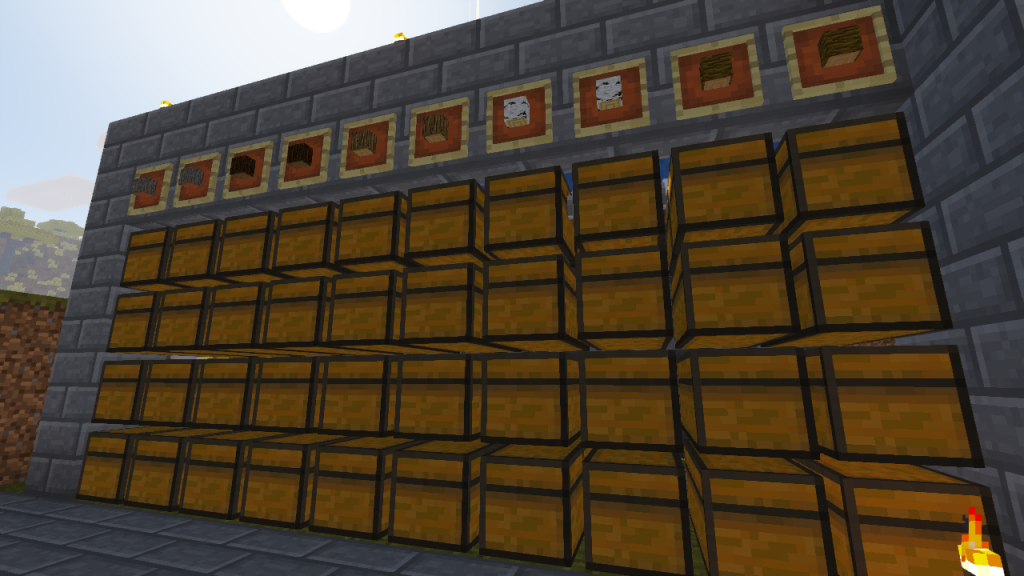 Once manpower became available, the pigmen returned to work on the farm, this time using a new tool, Schematica, to ensure that the farm matched the blueprints provided. 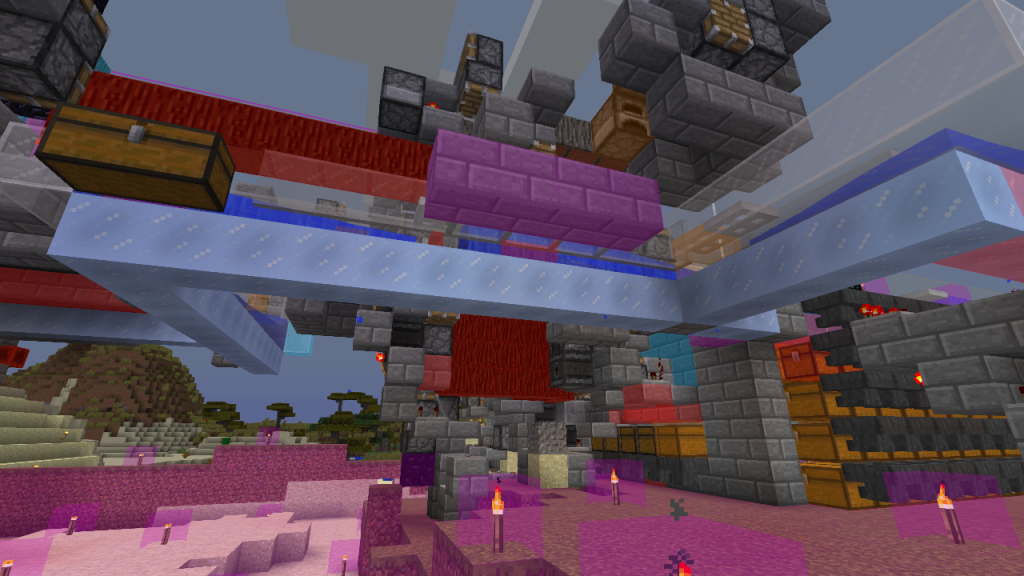 This allowed initial testing to pass, and also further construction on the farm’s blast chamber and collection mechanism 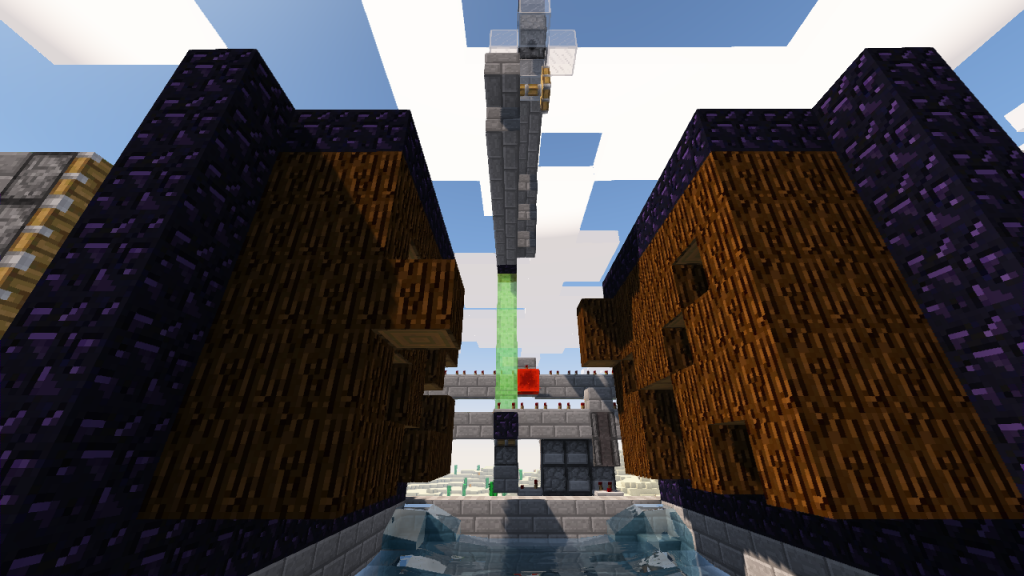 Although each of these failed initial testing as well, use of Schematica allowed the team to diagnose and fix the problems. 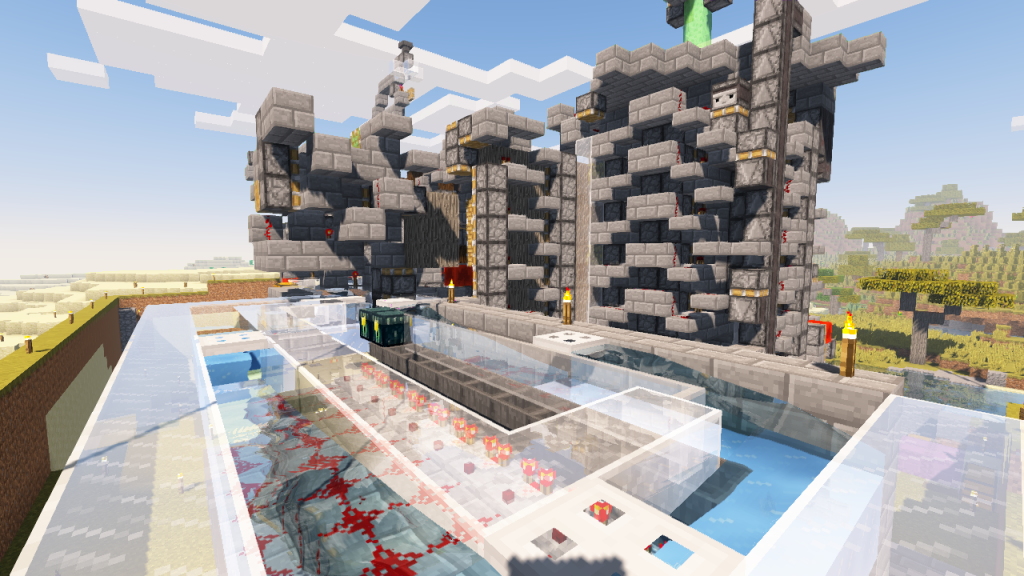 Although functional, work on the farm is not yet complete. At this point, while it is a great benefit to the empire as it produces wood at astounding rates, it remains and eyesore. Interior and exterior designers will be commissioned to properly house the factory in a way that will allow future factories (cobblestone and others) to use the existing blast chamber and collection area.

The second iron farm that the pigmen of New Lusitania have built follows the same pattern as the first. It is guarded by four pigmen, just as the first is, but instead of having a stone quarry beneath, it houses the wheat farm for New Lustiania.

A single villager has been forced to plant and harvest wheat, while a minecart hopper system beneath collects the wheat for use in breeding villagers and cows. 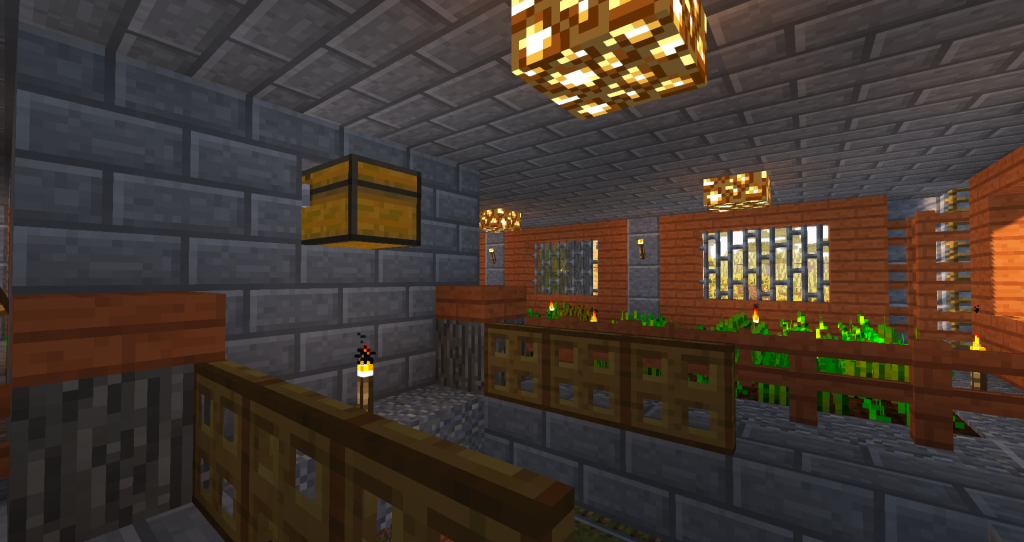 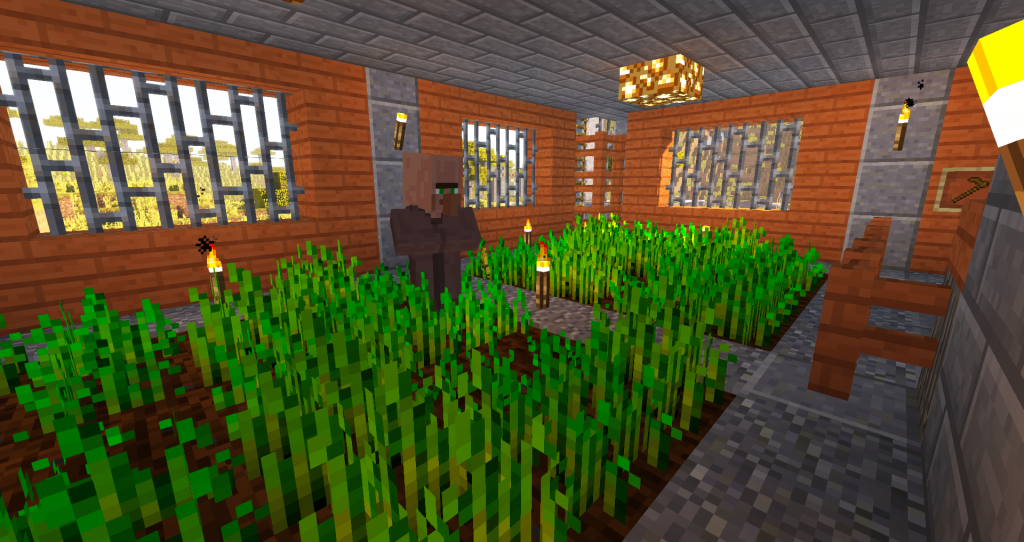 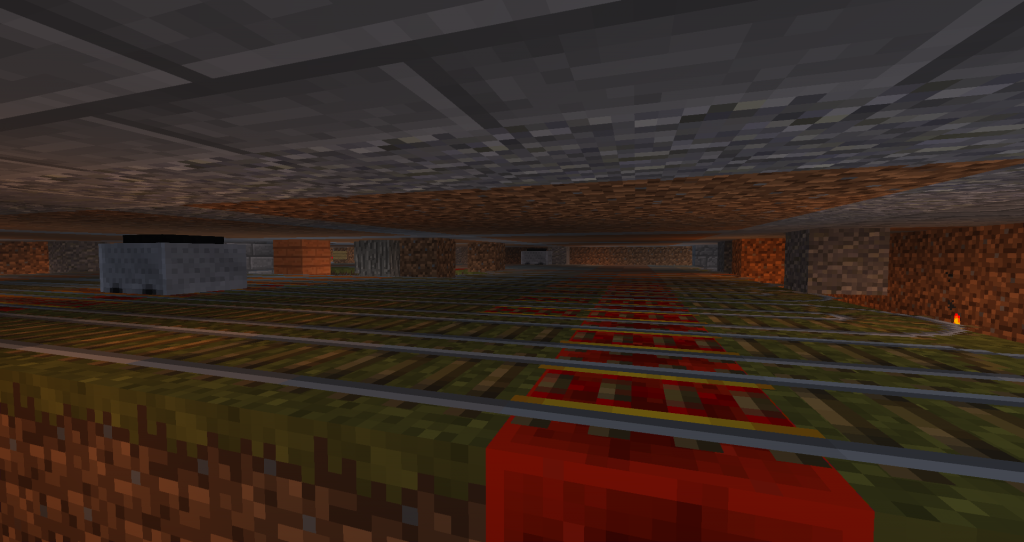 At this time, the villager occasionally dies to a zombie. Though the wheat farm itself is safe from zombies that come from outside, when they die, they can occasionally spawn a “reinforcement zombie” somewhere nearby. These will sometimes spawn inside the wheat farm and then attack and kill the villager. Someday, a pigman may come along who will solve this problem, but for now, they just don’t care enough about the life of individual villagers…