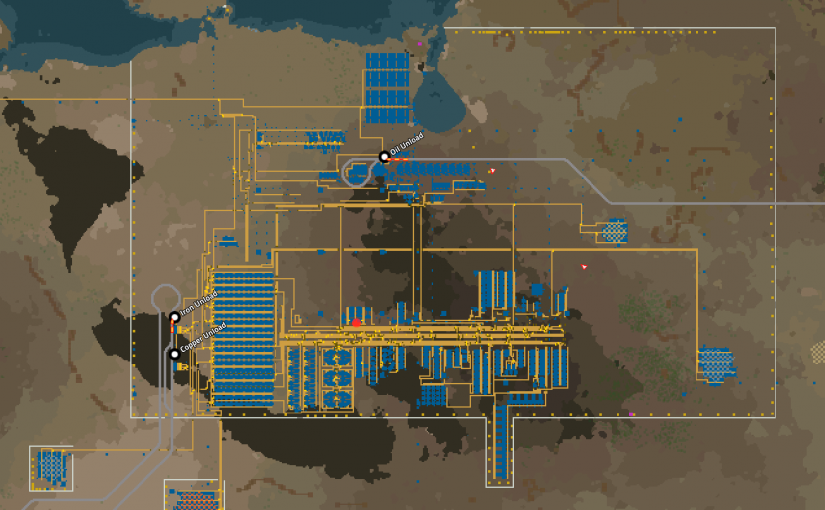 And I would say that I’m still a Factorio gamer.

But I’m on the brink of becoming a Factorio hobbyist: someone who uses Factorio as a medium for expressing creativity, for developing skills, and for honing a craft.

Not all video games have the potential for supporting hobbyists. I recently played through The Legend of Zelda: Breath of the Wild. Despite being an open world game, with a decent number of interesting game mechanics that can be combined in unique ways, there just isn’t enough freedom, enough of a sandbox, enough skill development, to support a true hobby.

Minecraft has those things in spades. And I believe Factorio does too. I think one key that allows a game to transcend just being a game is that it has to be interesting and worthwhile after all of the built in achievements have been accomplished. And the fact is that once you’ve found all the Koroks, Shrines, Fairies, etc. in Breath of Wild, there just isn’t much left to do.

But in Minecraft, and Factorio, there is so much that can be done once the main gameplay has been completed. You can build worlds. You can build computers. You can build entire games, within the game. And that completely ignores the possibilities that both games offer of modding to create entirely new games, built on the same mechanics.

And now that I’ve “completed” Factorio a couple of times, I’m interested in seeing if it’s a hobby that I could take up. Which means it’s time to finish exploring the basic mechanics, and start learning how to combine them in new and interesting ways.

I remember when I did something similar in Minecraft a few years ago. I had beaten the game a couple times then as well. And for me, taking it to the next level was all about hardcore mode. So I did a few playthroughs in hardcore until I had beaten it again, including defeating a wither. I even built myself a nice tree farm and an attractive mineshaft.

It’s when I started thinking beyond beating the game to building a beautiful world. It was a turning point. Shortly after that I created Iberia, based on my enjoyment of making the game harder. And I went on to build New Lusitania: The Pigman Empire, Strait (a second Minecraft mod), contribute to Quark, and my favorite creation, the city of Navarre in a Biome Bundle hardcore world.

I feel like I’m on that same cusp when it comes to Factorio. I suspect that in the near future, I’ll play through the game a few times, working on improving my gameplay, getting a few more achievements, and exploring enough of the optional mechanics to really be able to have some fun as a Factorio hobbyist.

As of right now, I just launched my second rocket. I did this one in a brand new world, it took 40 hours, and I did it “lazy bastard” style, only crafting about 100 items by hand. It was a fun challenge, and it actually led to a quicker completion than my first run through. And yet I have to play the whole thing five times faster to earn the No Spoon achievement.

But I’m not going to start another playthrough just yet. Instead, now that I have most of the tech researched, and a decent base, I want to do at least some exploring of the different game mechanics. I made up quite a long list of things to consider. We’ll see how far I get in it. For now, I’m going to start by maxing out my armor. Finish all the research related to armor, build a couple suits of power armor Mk 2, and deck them out with the best setup for two different scenarios. First, a combat suit with lasers, shields, power, exoskeletons, and night vision. Second, a building suit with roboports, more exoskeletons, night vision, and belt immunity.

After that, I’ll pick something else off the list, and keep working through things until I’m bored enough to start another world. When I do that, I’ll likely pick another achievement or two to aim for, or maybe try a different building style.