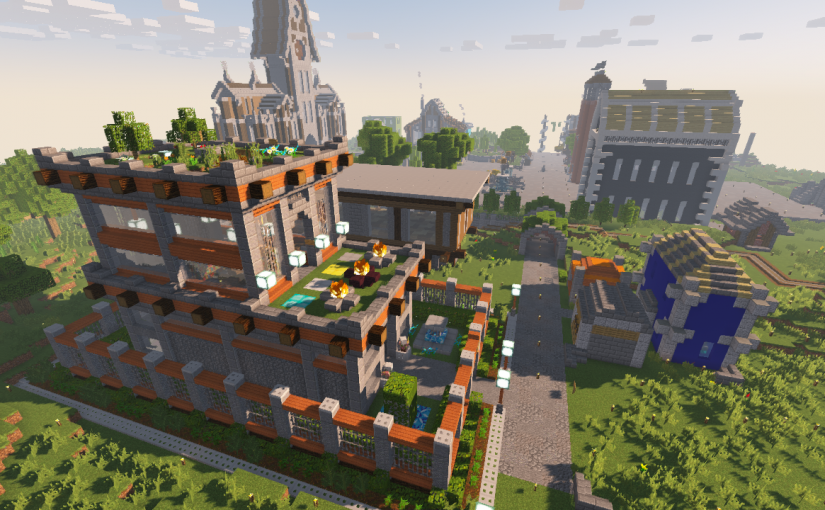 The New Lusitania Embassy is the face of New Lusitania to the rest of the world. As such, it is at the capitol city for the ChickenPieCraft server. 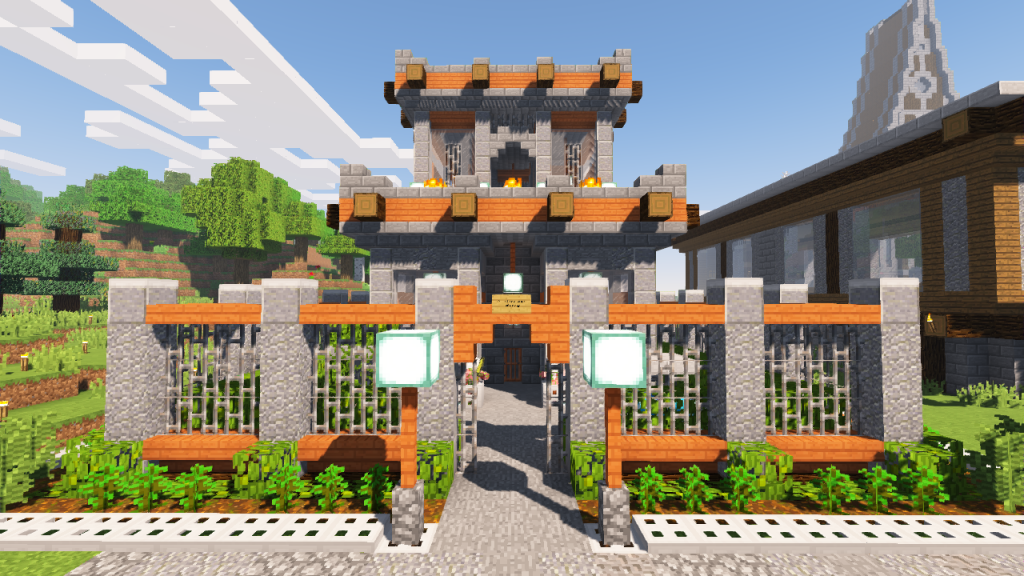 While blending into the city well, it also has a distinctly Lusitanian style that alludes to the Palace that the pigmen have built in their home country. 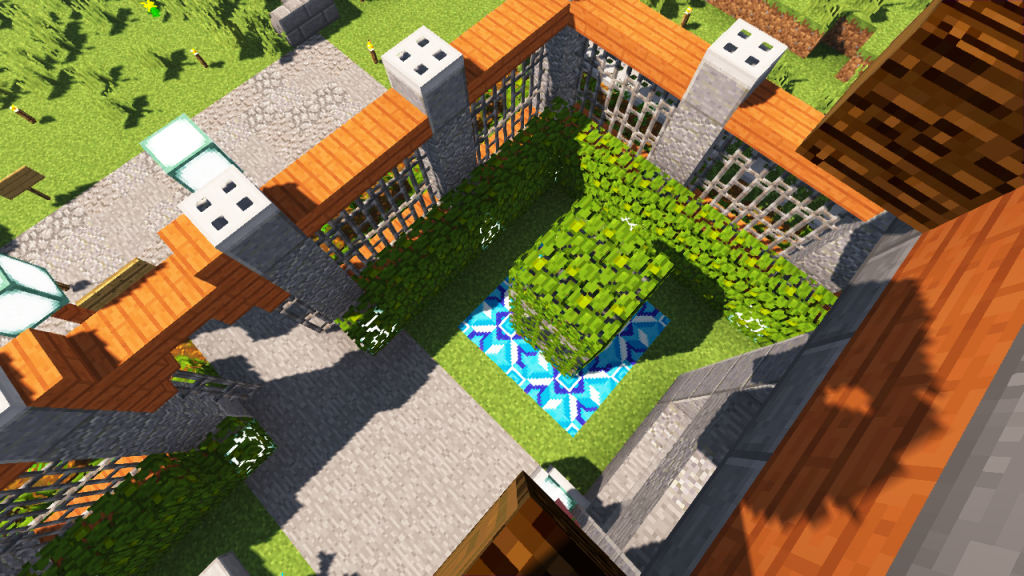 The embassy is staffed by four pigmen: the ambassador, a clerk, and two guards. They are tasked with managing diplomatic relations with the other nations of ChickenPieCraft, processing and protecting pigmen asylum seekers who wish to find safety in New Lusitania, and sharing the best of Lusitanian culture with the wider world. 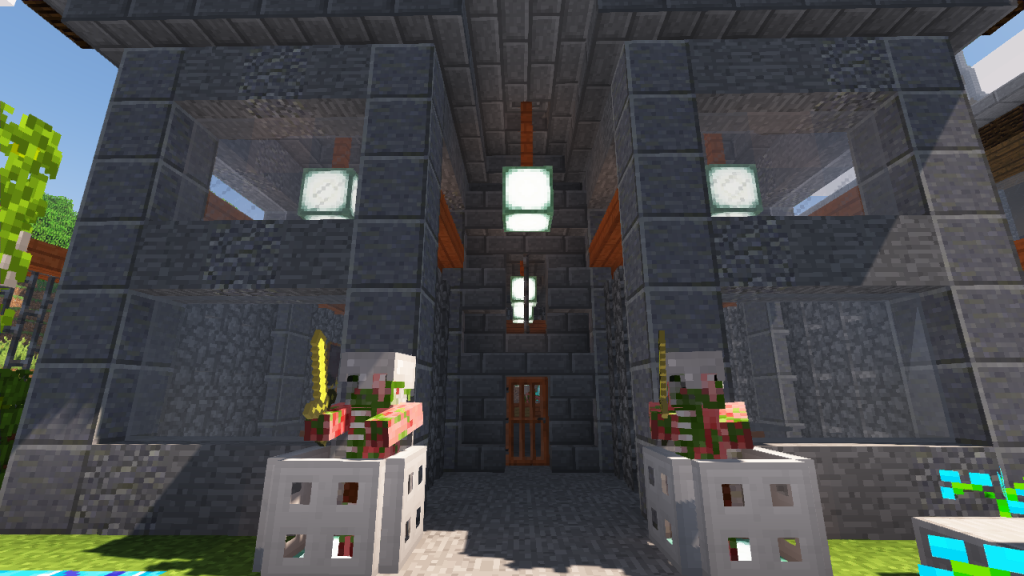 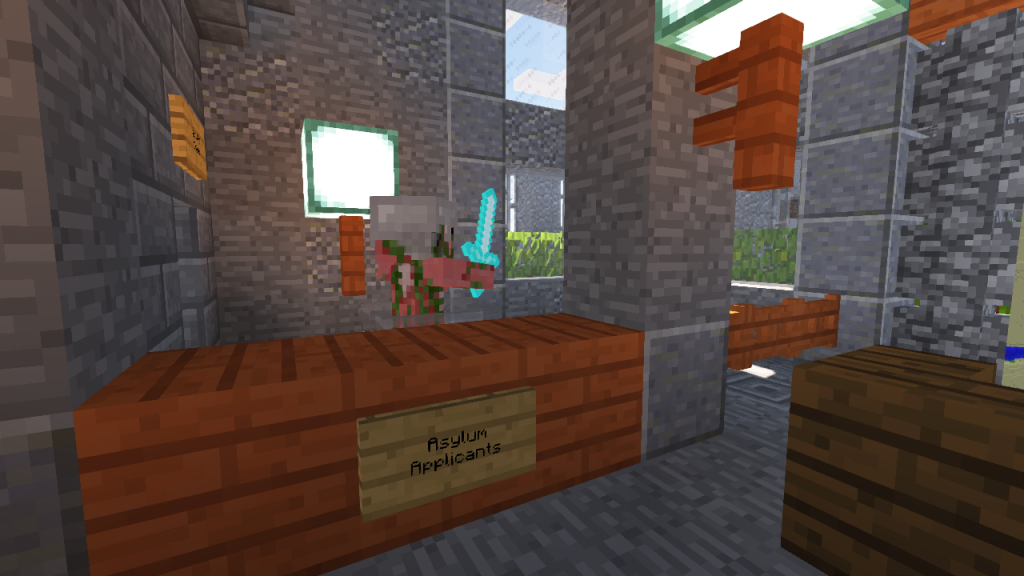 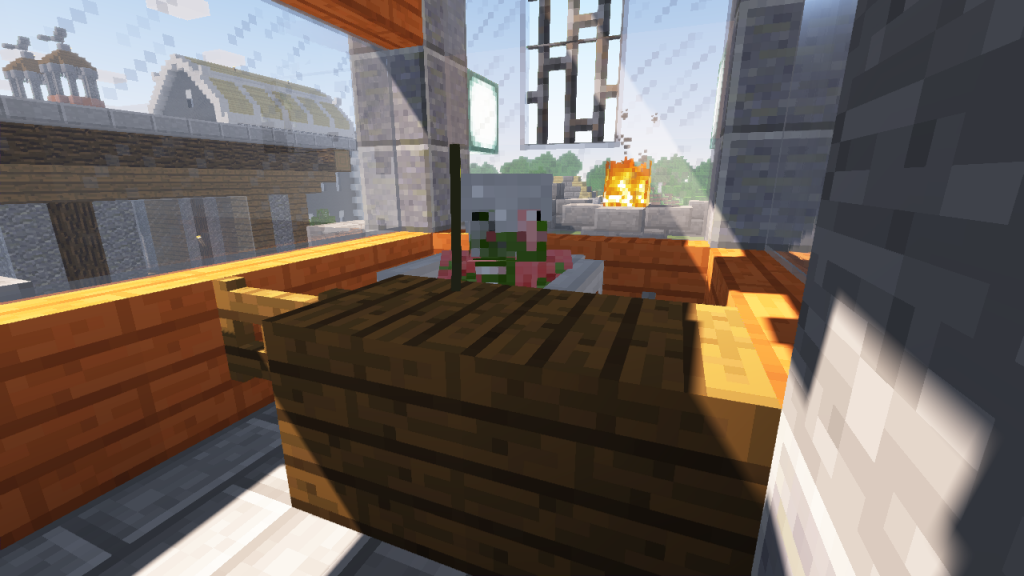 As with any embassy, the New Lusitania embassy has a protective fence to ensure the safety of the Lusitanian citizens as well as asylum seekers. Behind the fence, but outside the building itself, are decorative sculptures mixing glazed terracotta, stone, iron, and plant life. 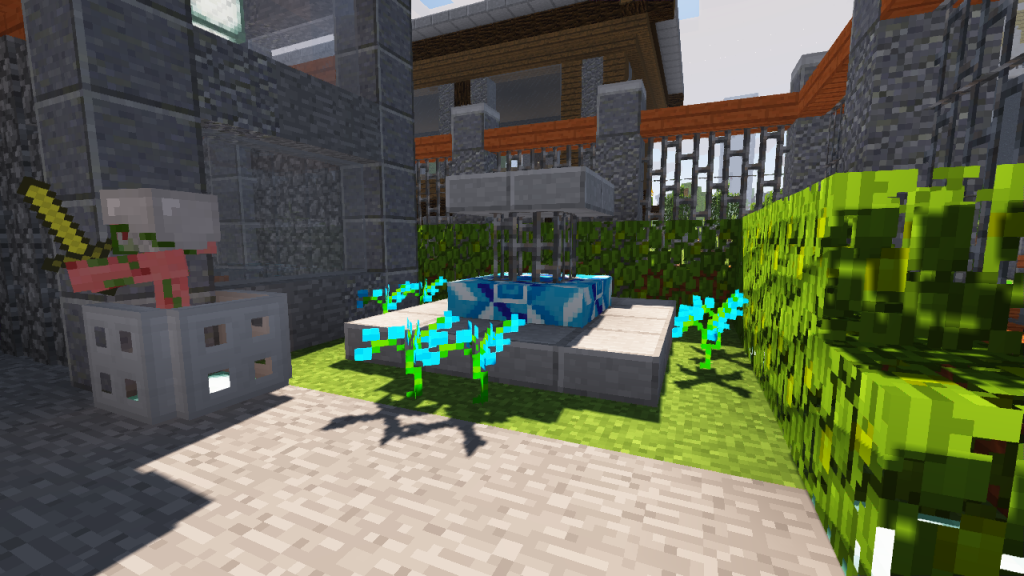 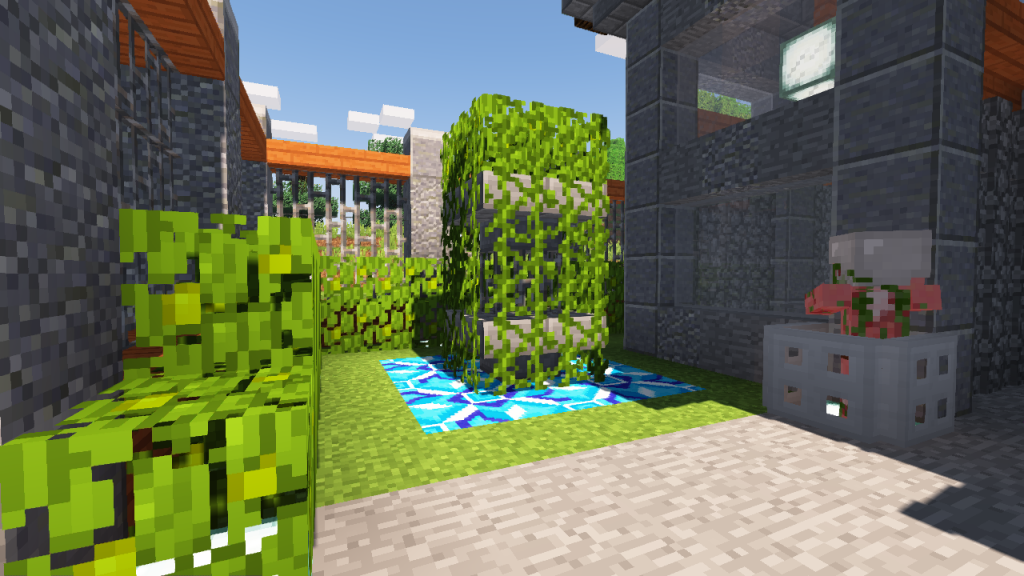 Inside the main level of the embassy, visitors can see great art from the Lusitanian empire, as well as a full sized map of the empire on one wall. 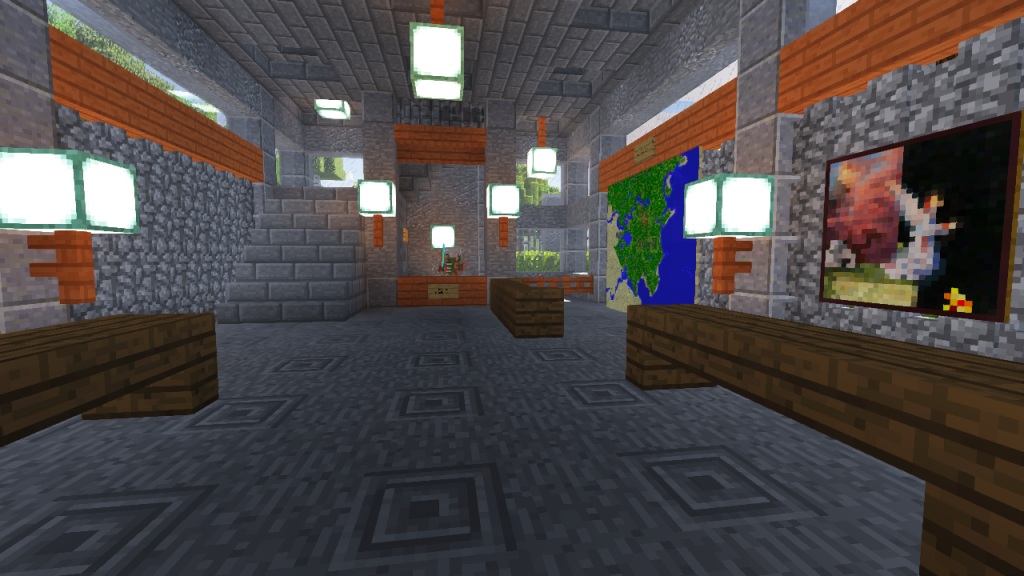 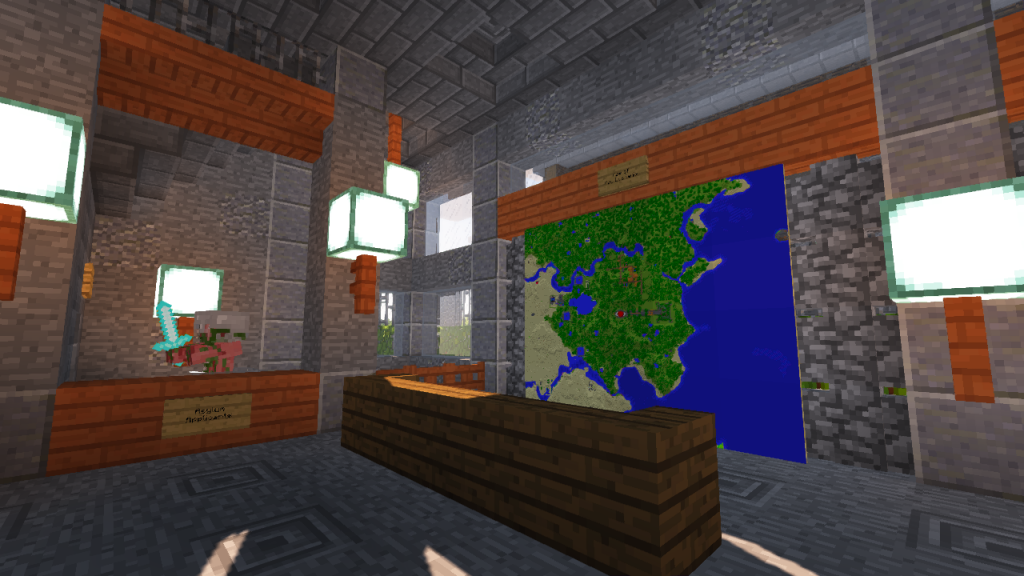 On the second floor is the embassy library, the ambassador’s office, and a prayer porch, where Lusitanian worshipers can render their praises to the Fire. 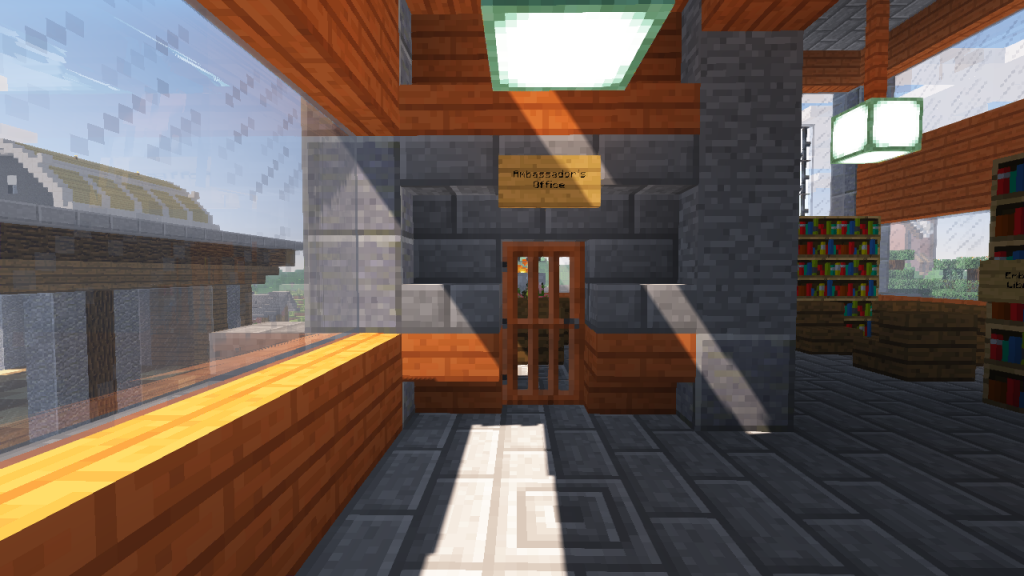 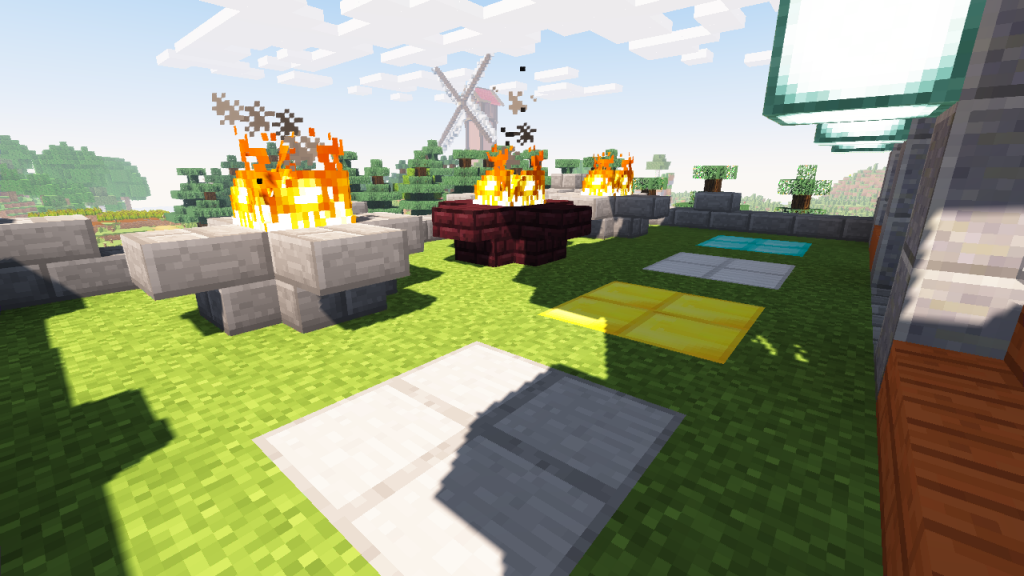 On the top floor are the embassy gardens, a quiet place to enjoy the beauty of nature, and also to enjoy a view of the capitol city. 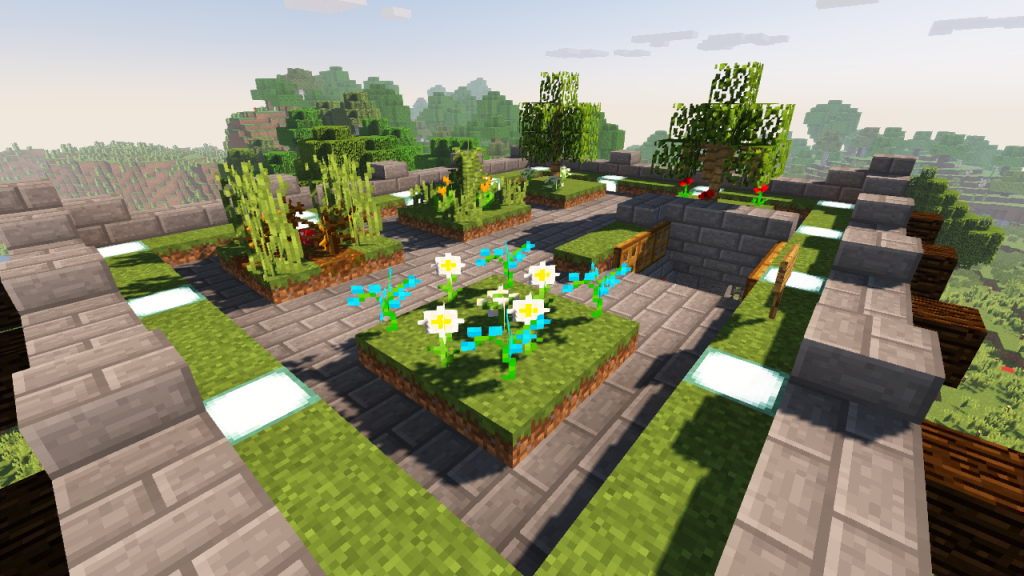