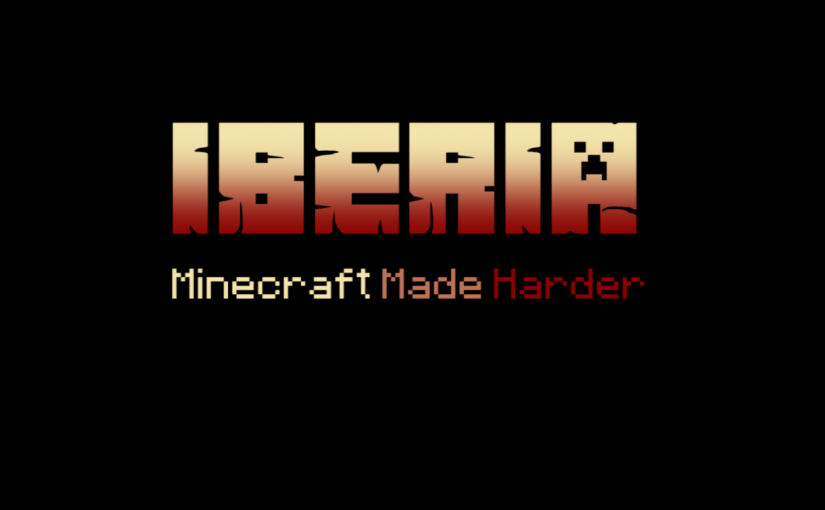 I’m wrapping up the first version of Iberia, and put together a little trailer for it. It’s pretty simple, but tries to show off all of the key features in just a few minutes, to give a sense for what playing with Iberia is like. Without further ado, here it is.

Now, a few notes on how I made it. I used Open Broadcaster Software for all of the recording. It’s an open source tool that I’ve found to be pretty good for recording Minecraft footage, and I’ve used it in the past for videos of my melon and pumpkin farm, and my library and sugar cane farm.

For the audio, I wrote up a script and recorded it on my cheap work microphone. If I ever make Minecraft videos more regularly, I’ll definitely want to get a decent mic. For the music, I looked around on Youtube for some good, royalty free tunes that fit the feel I was going for and found Jingle Punks.

For editing, I used Adobe Premiere Pro CC. I’m still very much a beginner, and took way longer than a pro would have to put this together. But I learned a lot, which I’m happy about. If I make more videos with it, it should be a little easier.

Also, in making the video I came up with a new logo for Iberia. You can see it above. 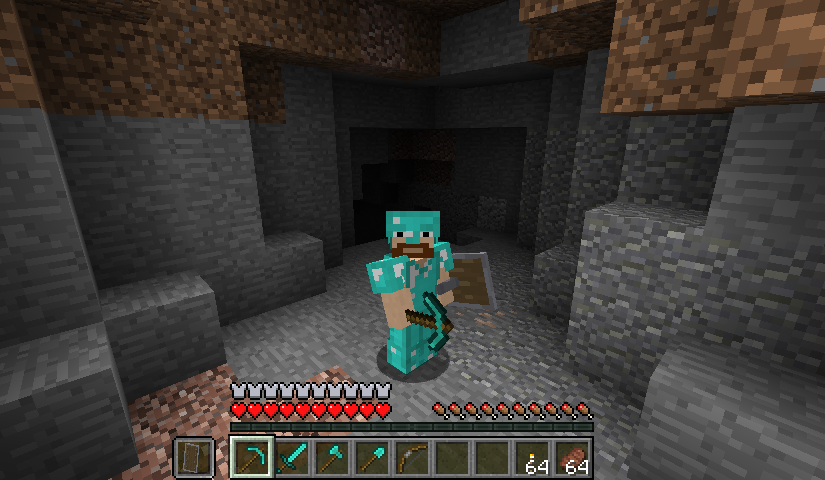 If you’re like me, you remember your first time playing Minecraft vividly. You may have seen a youtube video, or heard about the game from a friend. Maybe you were an early player, when it was still an almost underground movement. Or maybe you just tried it out recently, after Minecraft paraphernalia had already taken the world by storm. Regardless, that first day, and especially that first night, in Minecraft was special. You probably died. Maybe you died a lot. But the satisfaction of building your first tools, and later your first home, ugly as it surely was. And then the wonderful sense of discovery when you found coal, or iron, and later gold, redstone, and even diamonds.

Over time, maybe that “new player” excitement has faded. That’s fine. It is just a game, after all. And there are other good things to do with your life. But maybe you want to recapture that, to be a new player once again. If so, I think Iberia might be the way to make Minecraft fun again. Iberia takes the Minecraft you know and love, and with a few simple tweaks makes it hard again, makes it challenging in ways that force you to learn new habits, face new challenges, and overcome simple mistakes again.

Your first day may start out much the same, but you’ll quickly find that mining to bedrock and quickly accumulating all the coal, iron, gold, and diamonds you need is hard. Literally hard, as the stone you want to mine has become hard stone, and takes much longer to break. If you want the goods, you’ll need to go caving. But to do that, you’ll probably need to prepare a bit first: gather some food, maybe get a set of leather armor. You can play vanilla Minecraft for years and never have made yourself leather armor, but now you have a reason to.

Once you start exploring caves, you’ll notice that you don’t magically heal just because your stomach is full. To heal, you’ll need that, but you’ll also need to sleep. So even minor injuries, or brief skirmishes may force you to head home to recover for a few days. You can build up a better base during those days, and actually build with limited resources. Your forays into the caves will slowly grow longer as you build up better armor.

But acquiring nicer armor also has a drawback – it will slow you down if you wear it while crafting, opening chests, checking furnaces, etc. And the heavier the armor, the slower that will be. All of a sudden you actually have a reason for armor stands. Fortunately, it’s easier to swap what you’re wearing with the armor stand quickly.

Because you won’t just be exploring caves, but also the land surrounding your base, you’ll also need to find your way. No longer do you have access to exact coordinates via a completely unrealistic “debug screen”. You’ve got to use waypoints, towers, compasses and maps to find your way around your world.

Of course, the inevitable will happen. We all die, eventually. Minecraft put some teeth into death with hardcore mode, and Iberia keeps those teeth there, but it also gives you a reason not to rage quit when you die. Instead of having to start an entirely new game when you die, you’ll find that you respawn in your same world, but kilometers away from your original spawn, at the start of a new day. And the world spawn has changed as well. There is no easy way to find your old home, your old mine, etc. You’re starting fresh, a new player in a new world, but not a blank slate world like the one you had at first. Now, this world has been lived in. There are ruins – maybe just a first day hut, maybe a mid-game base with nice farms and a nether portal, maybe an entire castle, city, or multiple cities that you built up in a previous life. Now you have a reason to build up again, create a new life for yourself, and venture forth to discover new, and old, worlds.