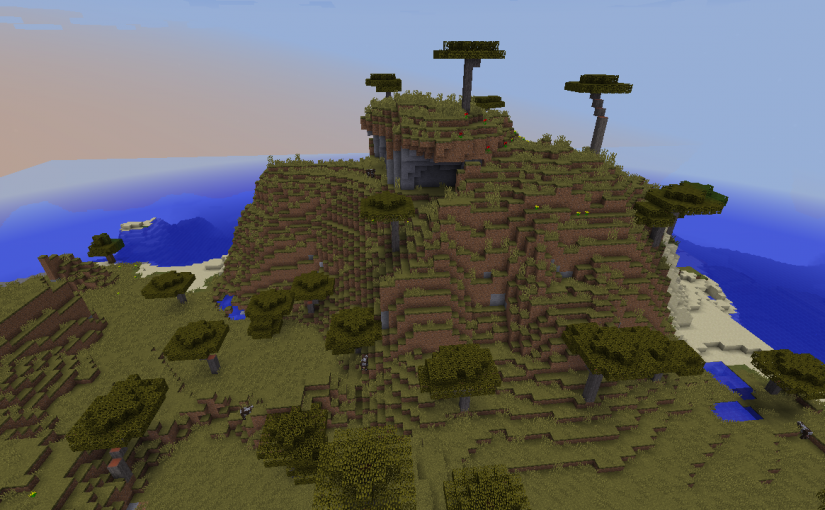 Ok, so I had high hopes for my third prospective location for New Lusitania. It’s a single island, completely savanna. In a lot of ways, that’s ideal. It appears there is only one within reasonable distance on the chicken pie craft server, so that’s a big plus for this location.

Like the other locations, it has a large plateau and a smaller one. It also has plenty of open flat areas for building the main parts of Lusitania. It’s definitely shaped differently than locations 1 and 2, which were both fairly circular. This location is more of an inverted triangle, with a nice bay or harbor on the north side. 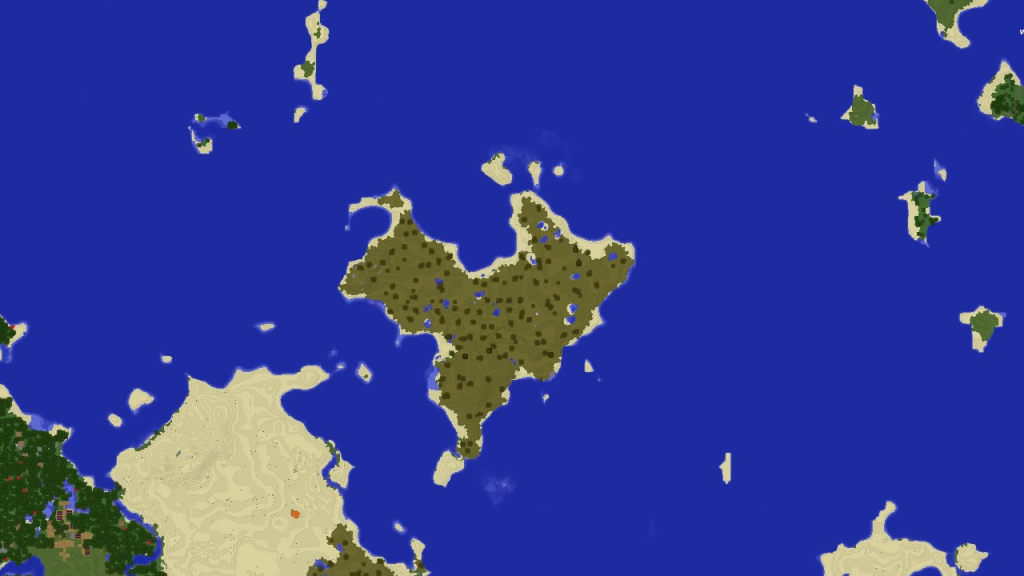 The nearest land is more savanna and desert to the south, though in other directions there is a mesa and an ice spikes biome, so those are nice. 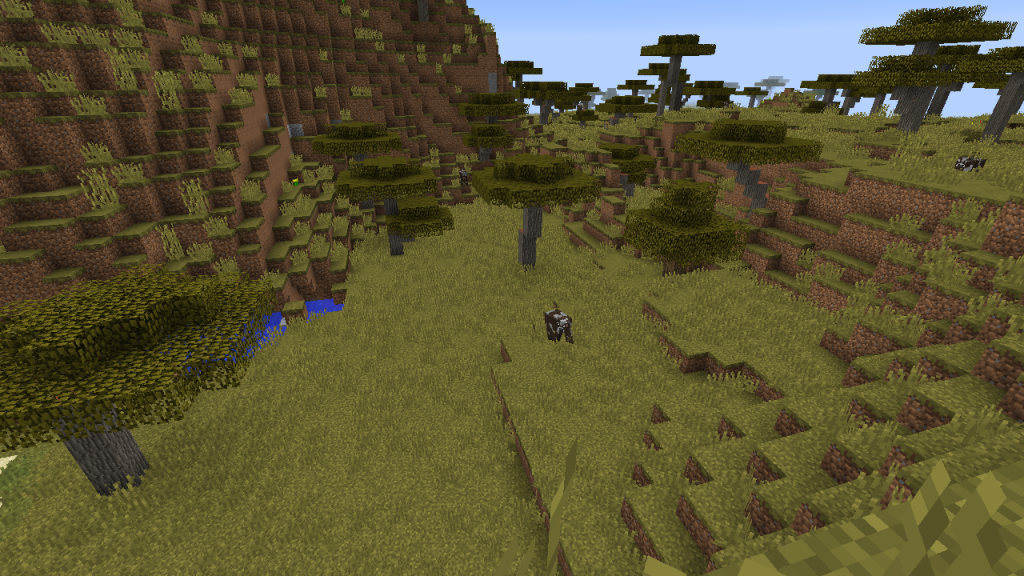 There are some things missing however. The only animal on the island is cows. There is no ravine, or village, or interesting lakes. No nearby guardian farms. I couldn’t quite get to the location in the nether, but I got close enough that I couldn’t see anything too special. 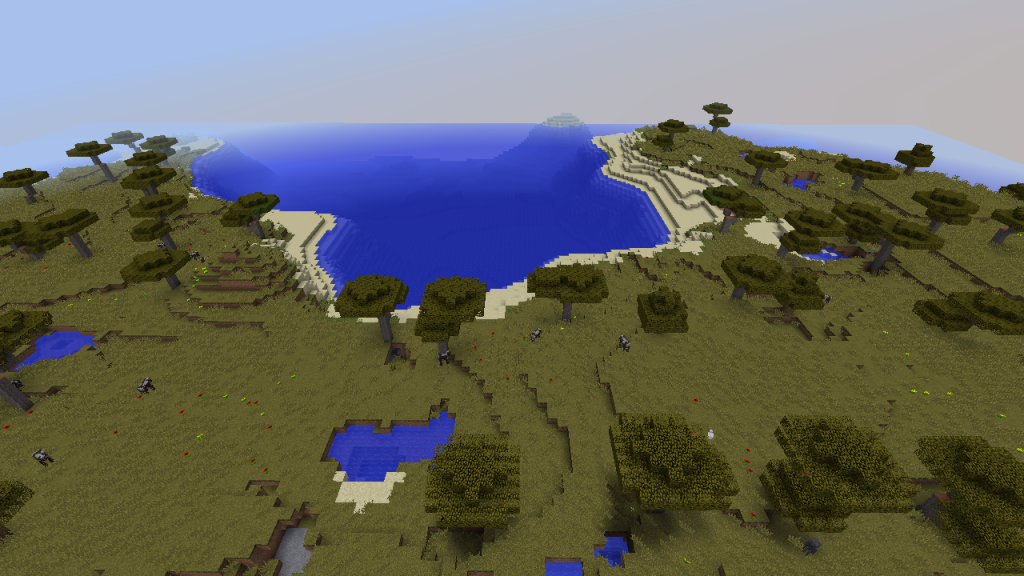 Finally, it’s fairly near the world border. I was also going to look at the savanna to the south as a fourth location, but the world border cuts through it, making it not even worth considering at this point. Besides the closeness, it also means it’s about as far as you can get from spawn, which means long trips to all of the community farms and locations, as well as very long hallways to decorate in the nether.