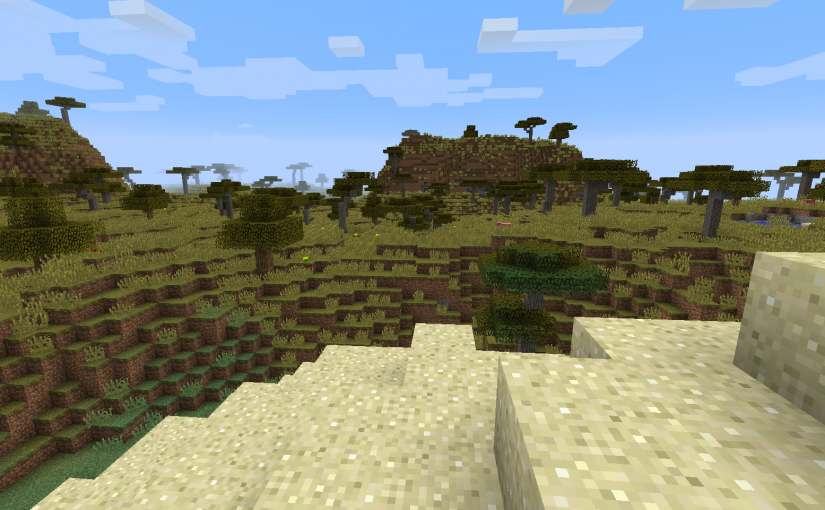 My fourth prospective location is intriguing, and different from the others in some important ways. Rather than north or south of spawn, it’s almost directly west. It’s not circular or triangular, but close to a rectangle that is taller than it is wide. As such, it’s narrower (east/west) than the other locations, but taller (north/south). 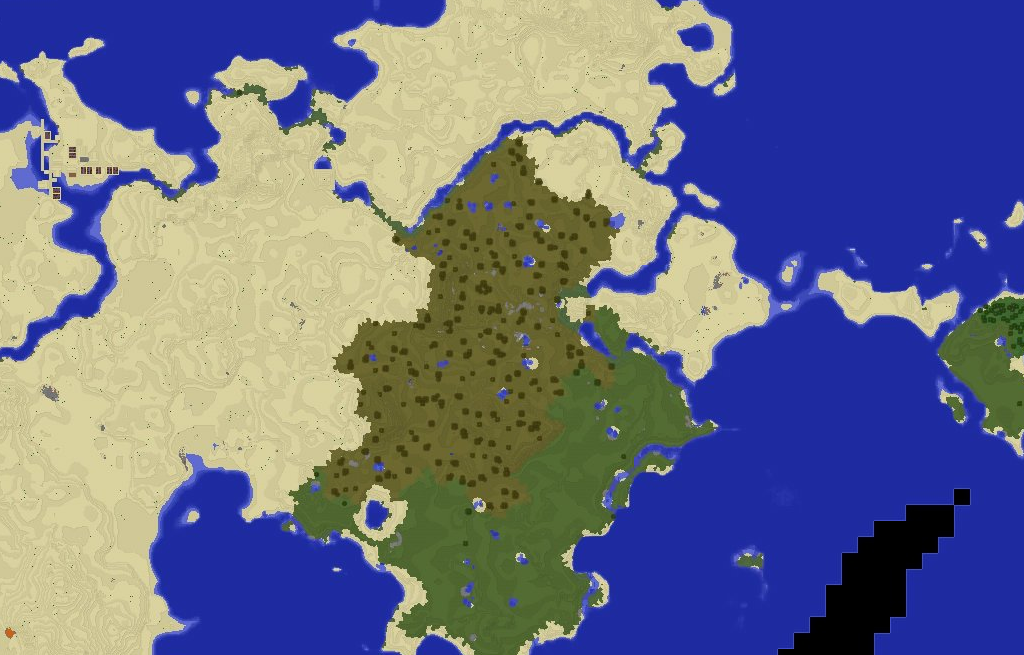 It also has 3 plateaus, rather than the two at each of the other locations. 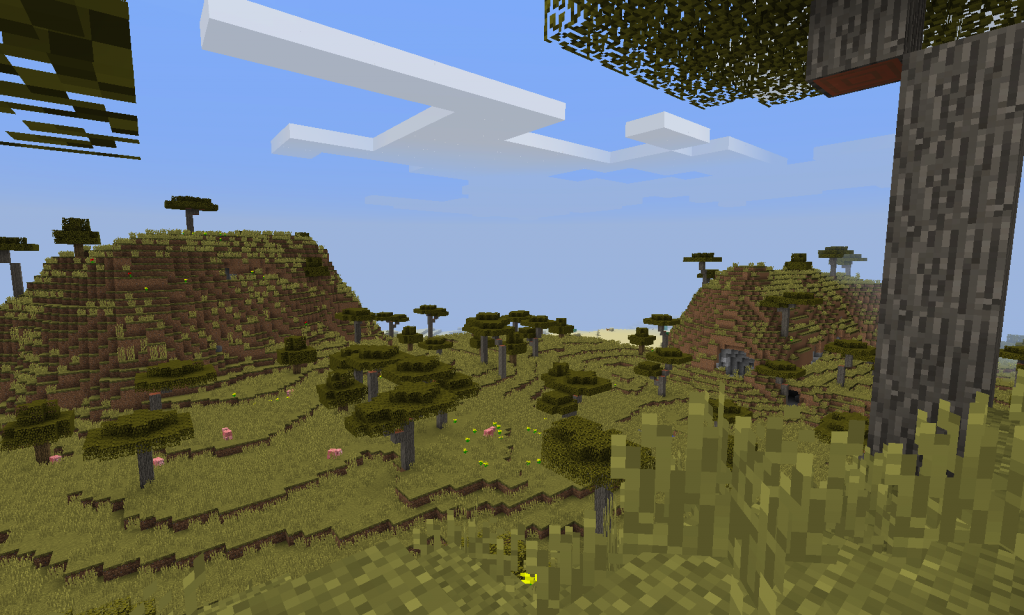 Though I found no ravines in the area, the ground is pockmarked with cave openings. At first this seemed, pretty cool, as there would be a lot to explore, maybe a higher probability of dungeons. But it would also mean a lot of cleanup terraforming to make way for buildings. 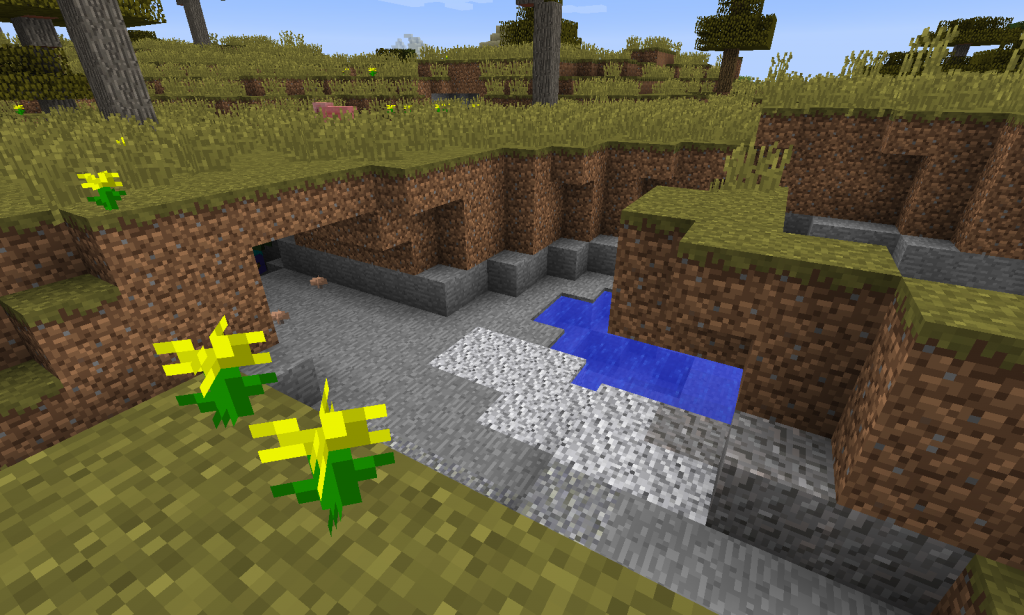 There is a decent lake on the south side of the biome. There are also three rivers that all empty to the east. Two of those could be easily connected to form an inland harbor for New Lusitania, and the third provides a natural border with the deserts to the north. 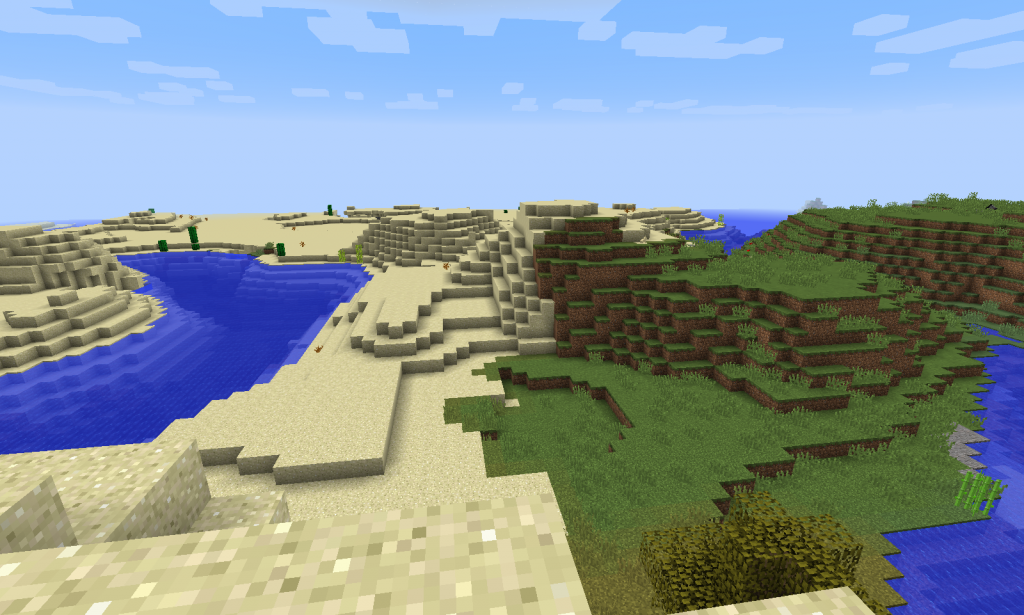 The deserts to the west have no river border, but do back up to two of the plateaus, forming a kind of cliffside border. 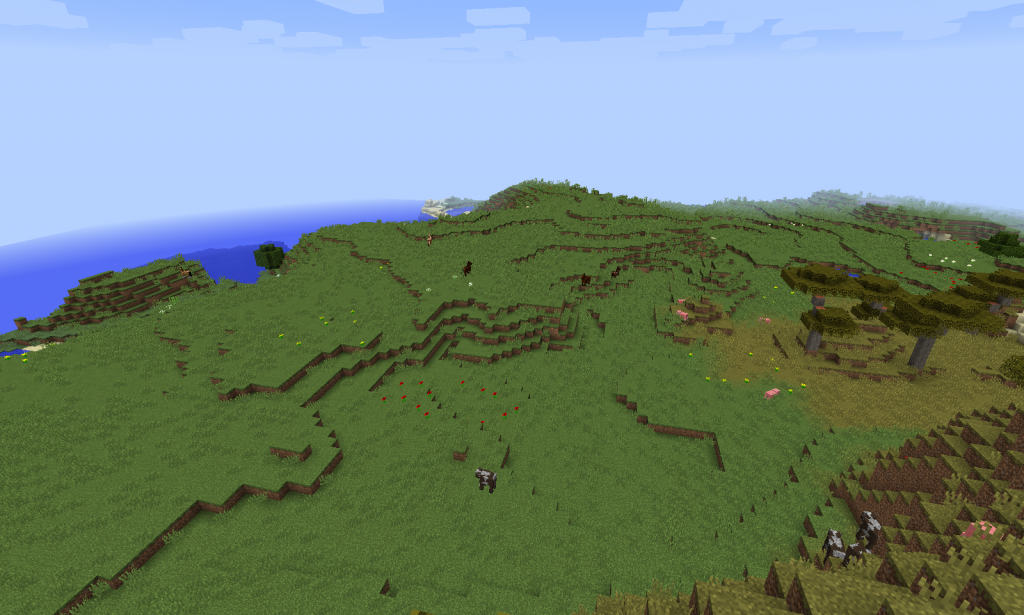 To the south are some plains. This location has the best collection of horses and pigs of all the locations.

Overall, this location is more tempting than the third location. It may not beat out either of the first two, however, due to the large size, the overabundance of caves, and large distance to any villages. The surrounding areas have the same basic resources as the first location: deserts, plains, and further out a mega taiga and a mushroom island.