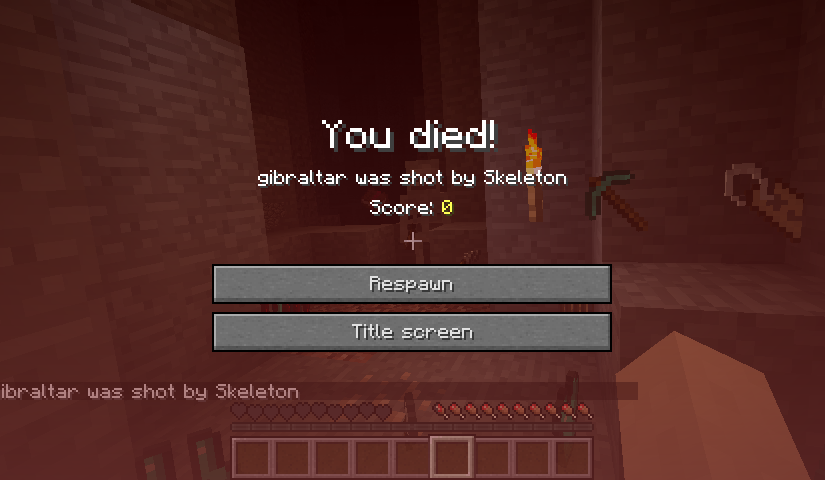 I love the concept of hardcore: you die, you have to start all over in a new world. It gives your play some weight – you have to make good decisions. One level beyond hardcore would be that when you die, your license to the game is revoked and you have to pay to play again. Yikes! I keep wanting to call that ultra hardcore, but that’s already come to mean a hardcore world where natural regeneration is turned off, so it’s harder to stay alive. Iberia already has natural regeneration turned off as part of the Sleep to Heal challenge. But there are some changes we can make to the hardcore concept, at least for single player games, that will make it even better.

That’s where death with consequences comes in. You essentially have the same consequences as in a hardcore game, but set up in such a way that you want to play again when you die, and each time you die the game becomes richer, even though you have to start from scratch. With that little teaser, let’s just lay it out. When you die, the world spawn is moved far away and you respawn there as if in a new game. No matter what time of day you die, you respawn at the start of a new day, 1000+ blocks from your old spawn, as naked and poor as when you played your first game of Minecraft. The twist is that instead of losing your old base, your old buildings, all the knowledge you gained exploring and great gear you built up, it’s all in the world.

But you have no way of locating it easily. You can’t just build a compass and find your old spawn, because the world spawn has changed. And because of the Find Your Way challenge, you can’t rely on debug coordinates to find your old base. You never knew where it was either, except in relation to waypoints and markers that you built. You don’t know which direction the old spawn is from the new spawn so while you could go exploring, you’re as likely to get lost as anything.

But it’s not like your other games of Minecraft. In this one, someone has already played. Maybe many people have. They’ve built a base, they’ve mined, they’ve farmed, they’ve set up markers and waypoints. And there’s a chance you could find those bases, those old buildings and abandoned towns. But you’ll have to build your own base, make yourself safe, collect resources, and go out exploring. Then, when you do find those abandoned constructions from your own previous lives, you can loot them, or revive them, connecting with them via marked paths, rail lines, or nether portals, or take TNT to these relics of your past failed lives.

One thought on “Iberia: Death With Consequences Challenge”