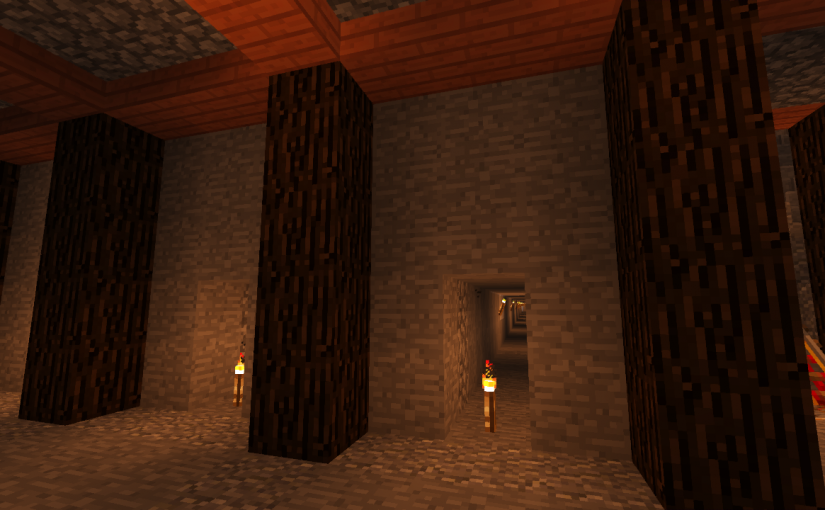 I like to decorate my mineshafts. I have an album of mineshafts I’ve built in Minecraft in a variety of worlds I’ve played in. Over time, I’ve settled on some common patterns: three wide shaft, stairs down to level 11, a branch on either side every four blocks (so there are three between branches), place a torch every ten blocks within a branch, make a branch 100 blocks long (10 torches) before starting a new one, etc.

This is all rather straightforward, and I’ll dive into some of these a little deeper in a minute. But first, this post is about a late game mineshaft. My early game mineshaft is all about getting those first diamonds, building up an initial supply of iron, and finding the necessary lapis for enchanting and redstone for automating.

But the late game mine is different.

I’ve been working on New Lusitania, on the ChickenPieCraft server, for almost a year now. I’ve built some big farms, explored the end, fully decked out my tools, weapons, and armor. I really don’t need much. There is a witch farm for redstone needs, I have three iron farms at my base, a tree farm provides all the wood (and therefore charcoal) I could possibly use, trading for lapis is easy, and my pigman farm gives me enough gold for powered rails, which is my main use for it.

Why mine in the late game?

For diamonds. But not for diamond armor, tools, or weapons. For diamond blocks.

Also for stone. Quarries work well too, and I have one, but a good mine gets the stone alongside diamonds.

So, I designed and built a late game mineshaft for New Lusitania. What makes it late game, specifically?

Ok, let’s look at the mechanics of mining:

Show Me The Mine!

So, what does this late game mine look like, you ask? Here are some pictures: 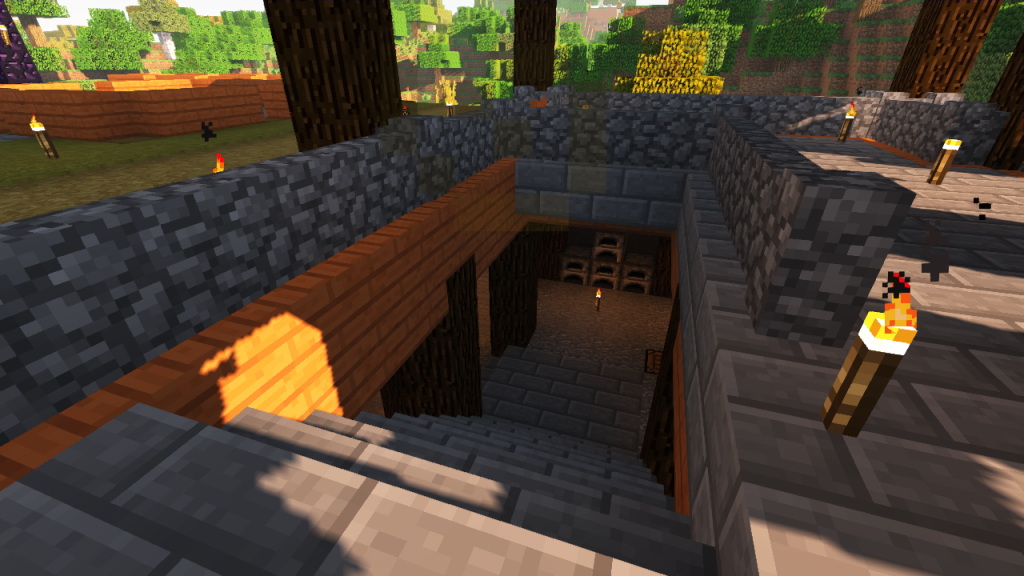 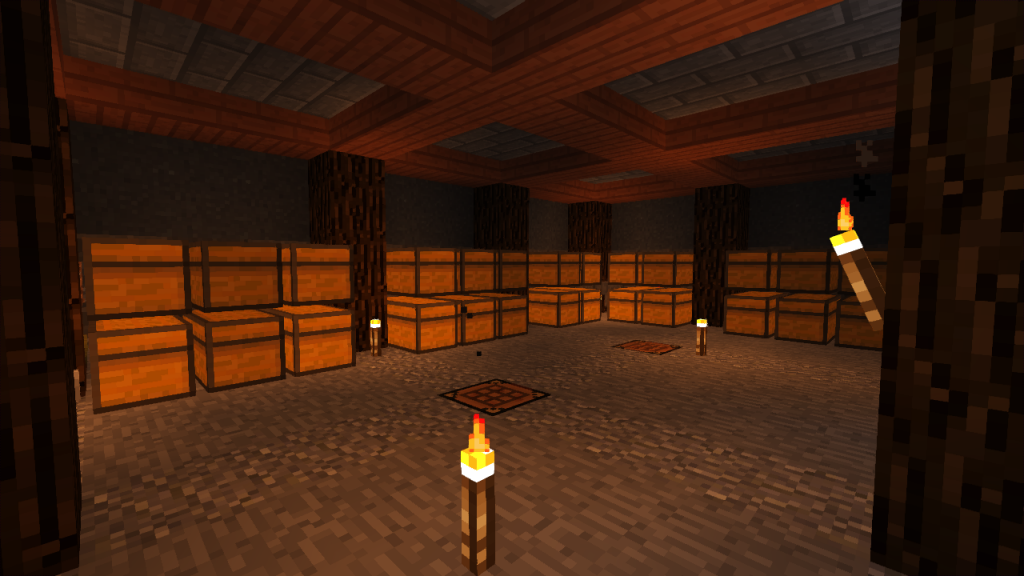 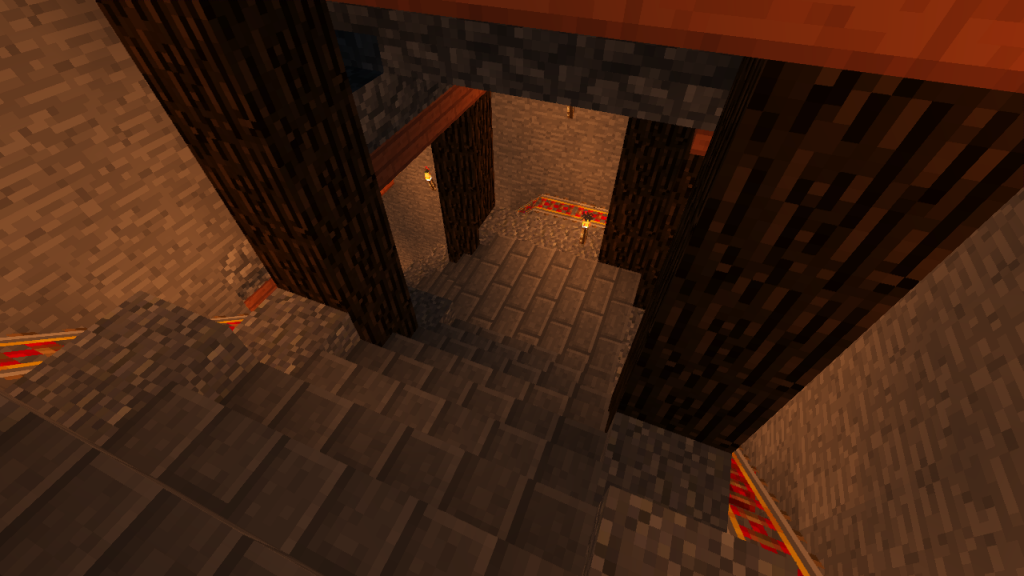 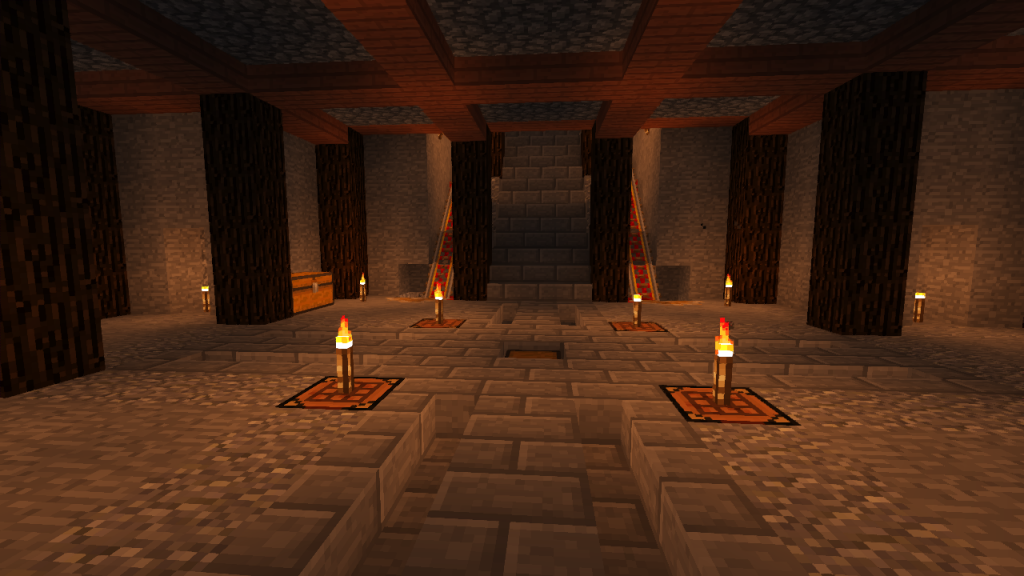 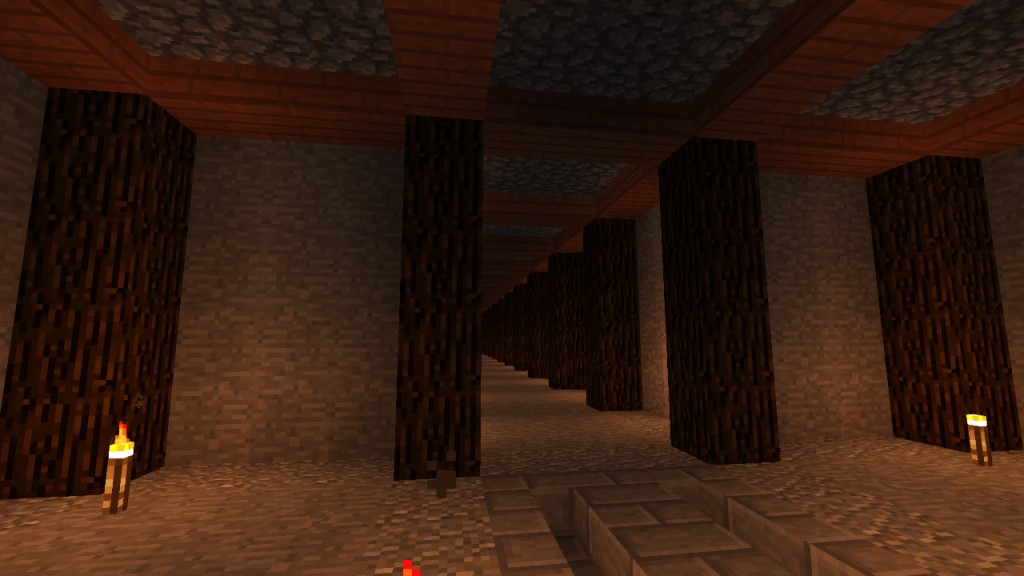 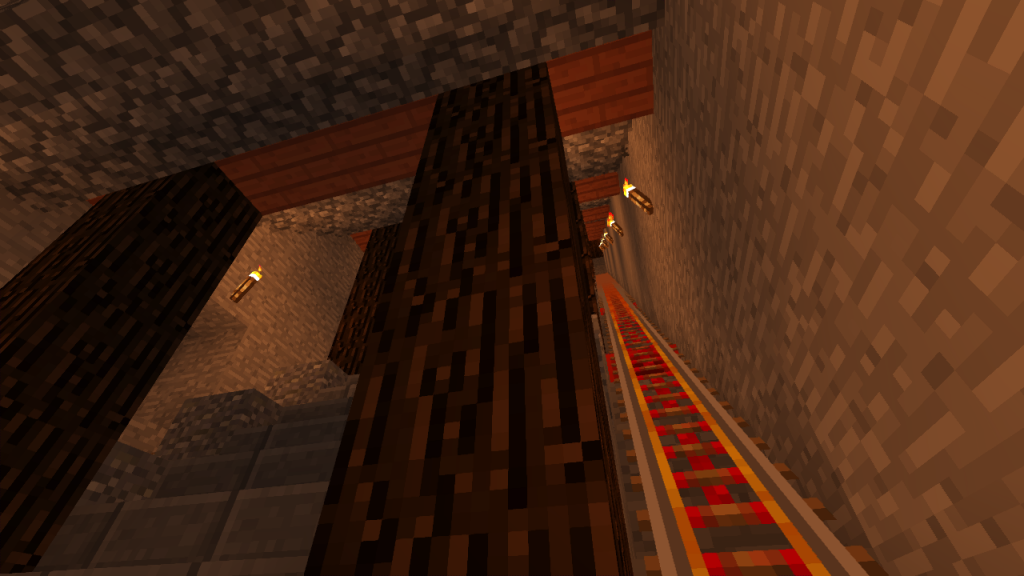 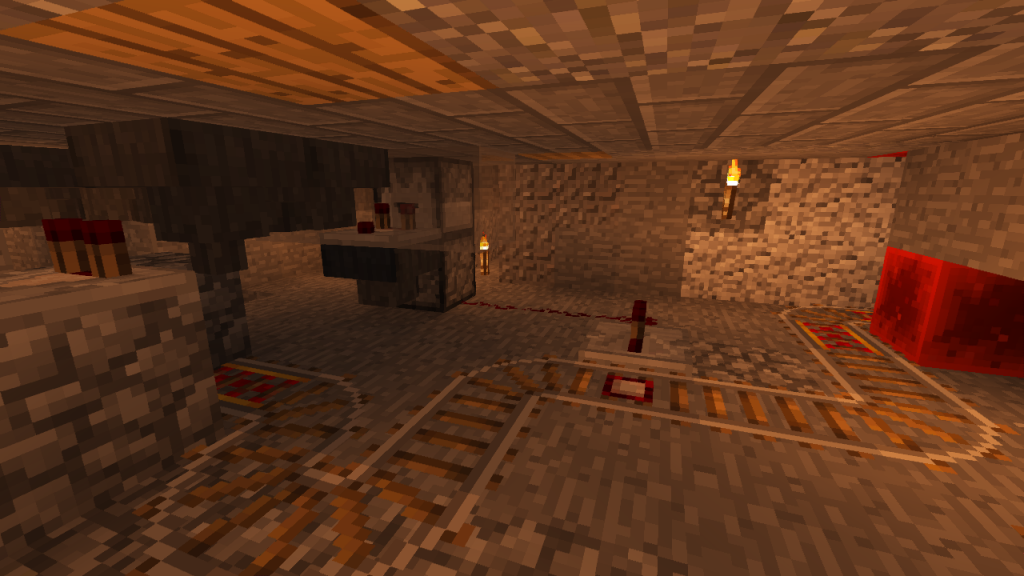 This is a work in progress. I’m still learning what works well and what doesn’t. I’ve already got ideas for the next time I build a late game mine, and I’m using this pass at it to try to answer some open questions I have. For example, next time, I hope to:

What do you do? Do you mine in the late game for any reason? How would you set up a late game mine?

I hope these ideas are useful. For me, at least, they give me a purpose to keep building towards and provide a fun way to get there. Mining itself can be mind numbing, but making it go quicker, with clear goals and a beautiful end results, really gives me a sense of satisfaction.