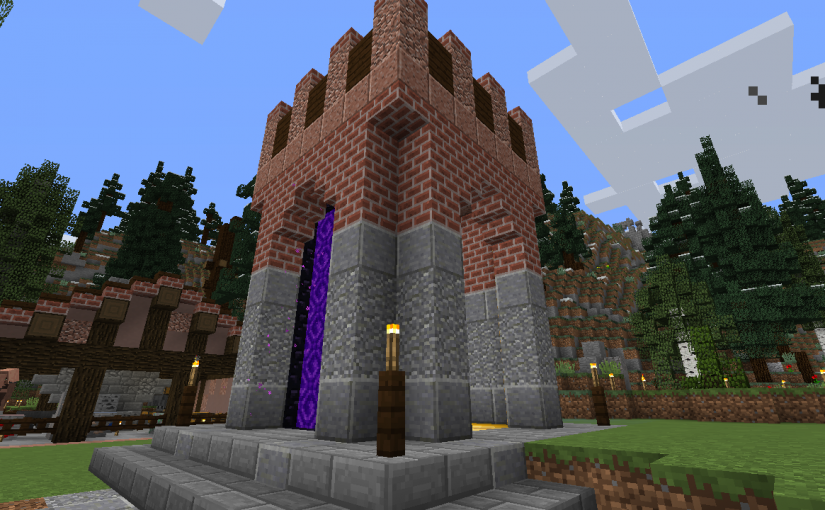 Once I started on the industrial district, I realized I needed a place for my nether portal to move to, at least until I can build a proper portal room in the university district, later on.

Fortunately, there was some natural space between the agricultural district and the industrial district that needed to be filled to make the city feel natural. 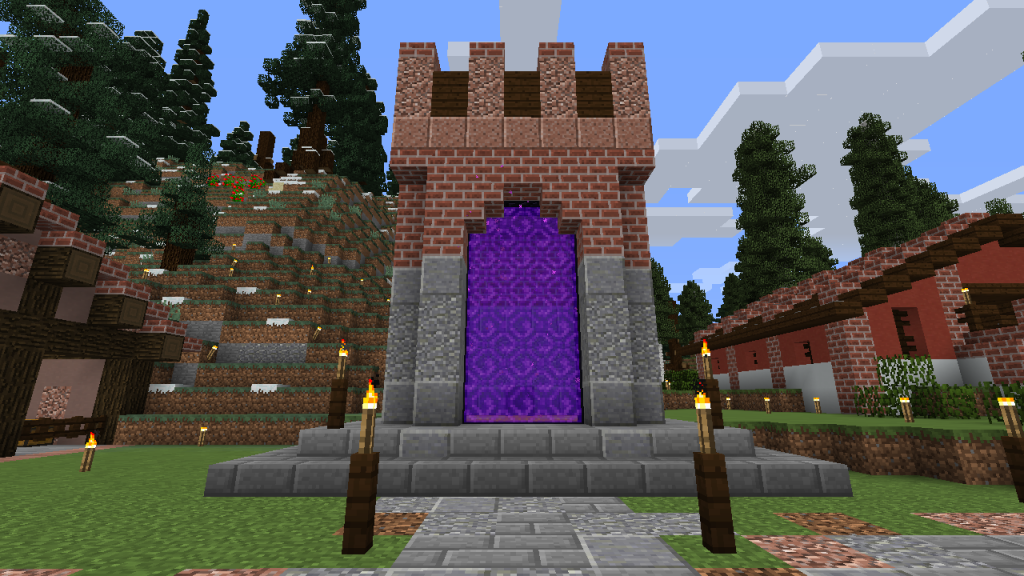 Because I see the portal as something “otherworldly” in nature, it made sense to have it associated with the mystic/religious buildings in the university district.

I’ve started fleshing out what I want those to look like in my creative world, and decided to take some of the building idea to create a small “holy site” for the nether portal. I like to think of it as a roadside chapel, but it also doubles as a watchtower.

So, the nether portal chapel/tower is owned by the church, and for now it’s the only site of worship.

There is a simple piscina for washing of travelers, and an attractive glazed terracotta floor. 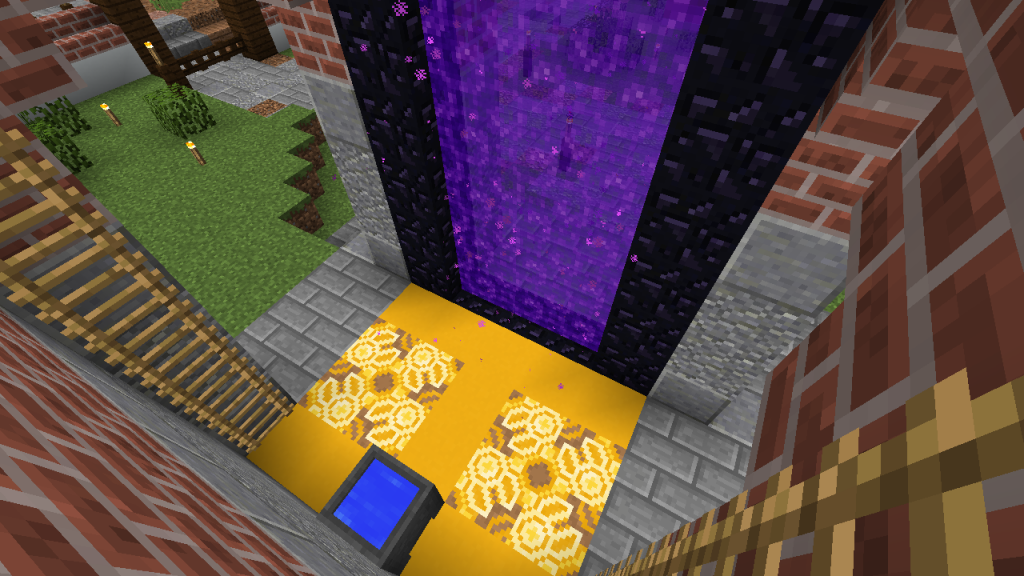 Above it is a lookout. While Navarre is not a fortified city, it does have lookouts so that wanderers can be seen and helped and to keep watch at night. 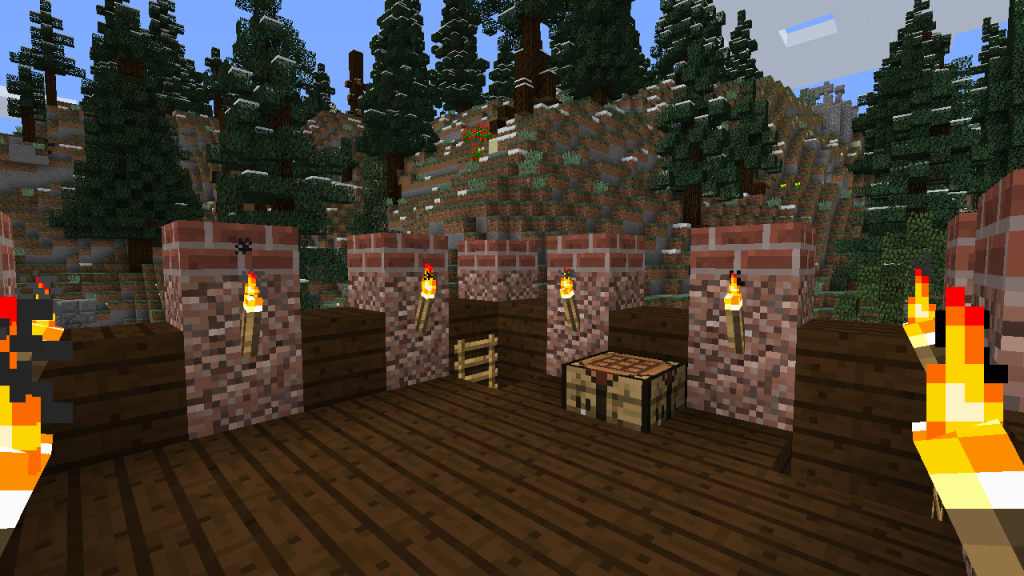 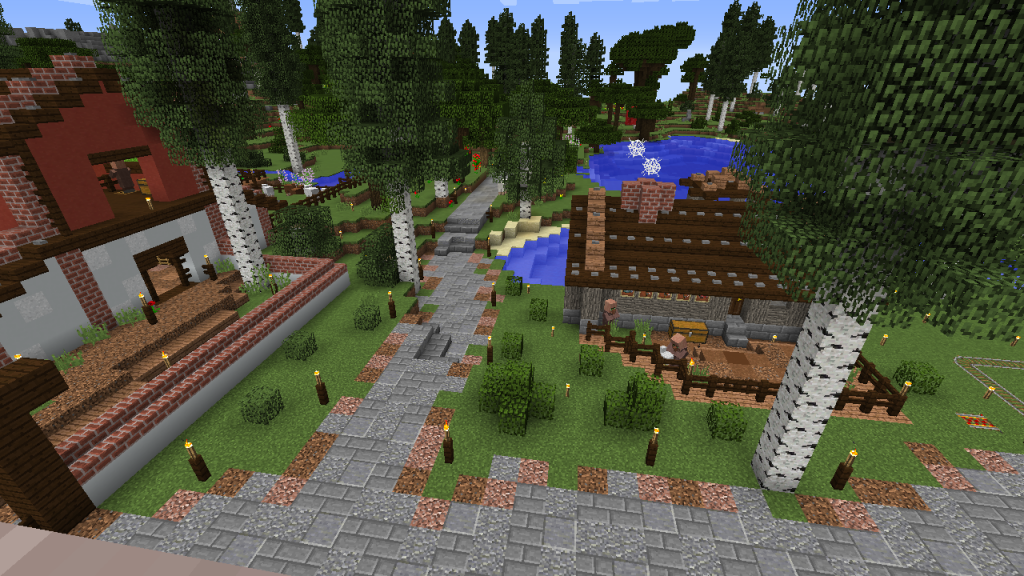