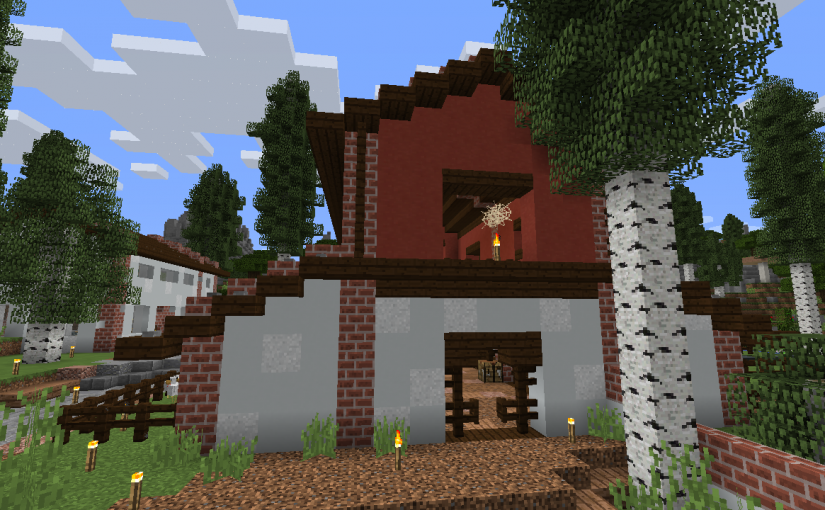 The first real build that’s part of Navarre is the barn, the center of the agricultural district. It is a good example of the build style for the town and allowed me to start moving my temporary pens and crop farms from the vanilla village I started with. Now that it’s built, I love how it fits into the surrounding terrain.

As mentioned earlier, I started by throwing it together in creative. Building it again in survival required some changes, the most obvious one being the roof, which allowed for monster spawning on top. As you can see in the picture, I solved that by using stone buttons. 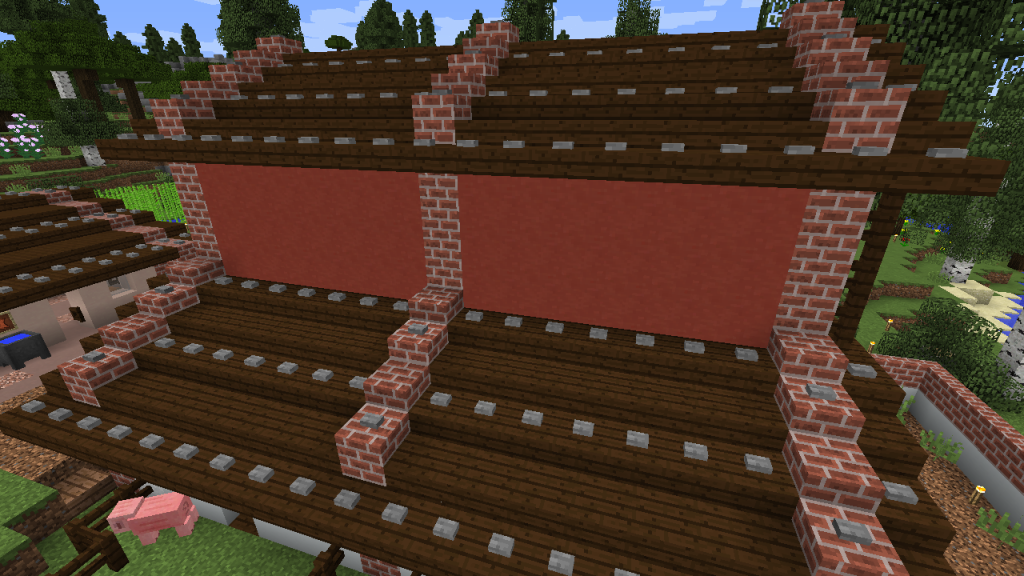 I wanted something that would be as unobtrusive as possible (if string could still prevent spawning, I would have used that), but once I put the buttons on, I had to admit that I loved the way it made the roof look.

The inside of the barn is divided into four areas. On one side of main level are four sheep pens that open up into a fenced sheep field south of the barn.  The pens have hay for food, and gates that can be closed to keep the sheep in the barn when shearing. 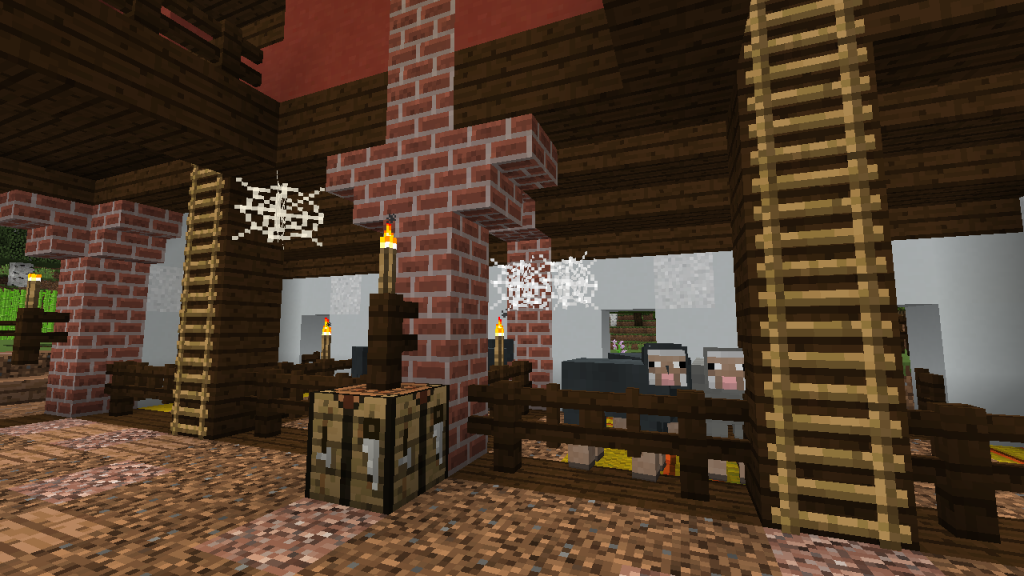 The opposite side of the main level is divided in two, and one half houses the chicken coop. It has an enclosed area where the chicken can keep and lay eggs, as well as an open area, with a gate to a smalled fenced pen outside that allows the chickens to wander a bit. 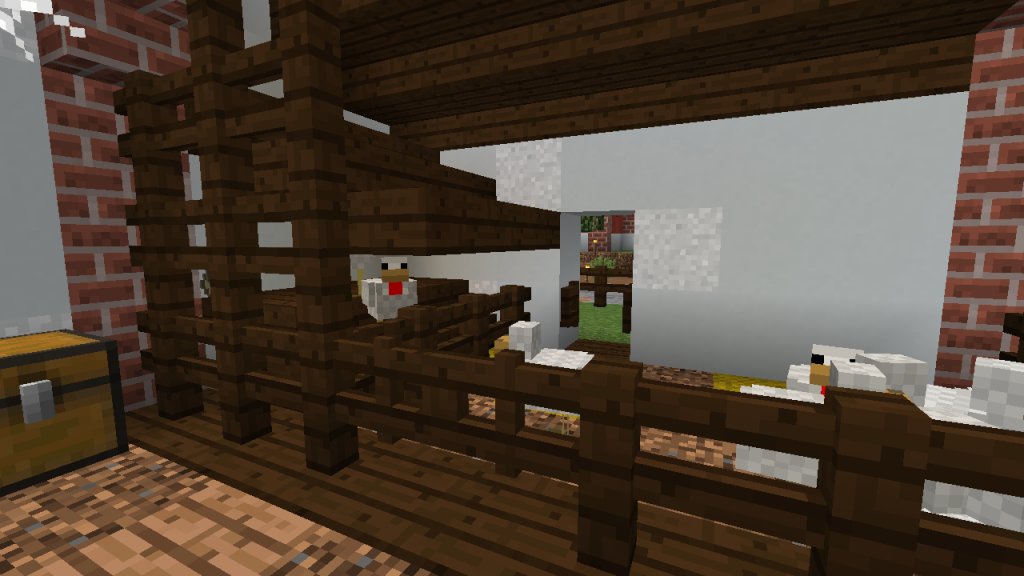 The pig pen in the other half is a muddy pit where the pigs feel right at home. They also have a small outside area where they can bask in the sun. 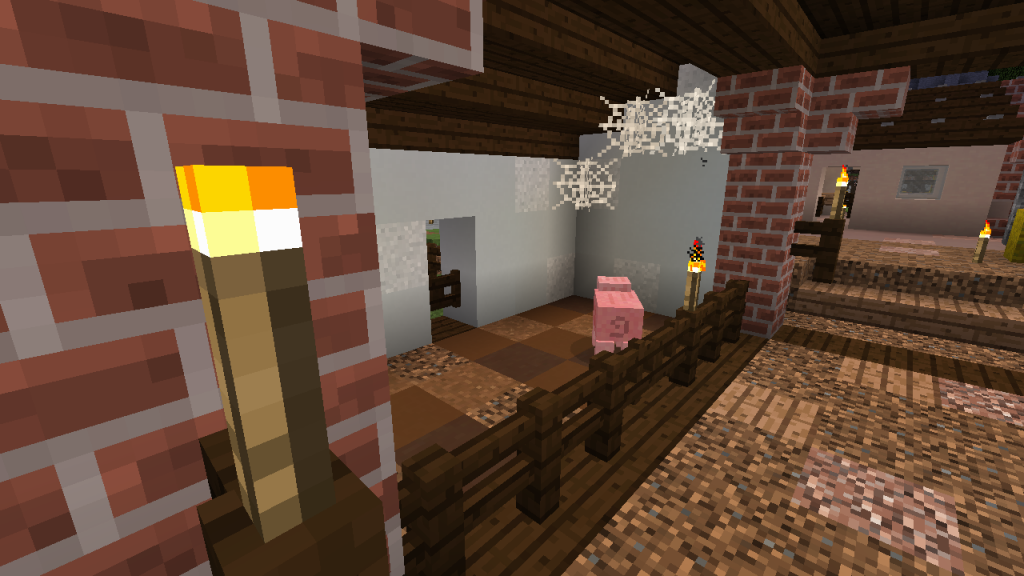 The second floor of the barn, accessible via ladders, is divided in two and provides long term wheat and hay bale storage, out of the rain. As befits a barn, there are no glass windows, but there are openings to allow a breeze to blow through. 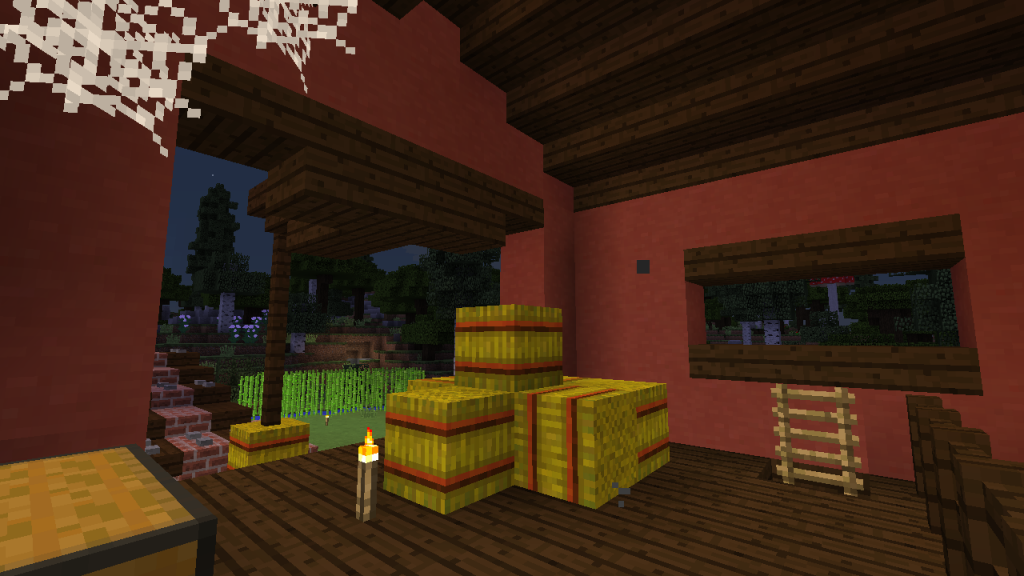 Finally, I’ve slowly been improving the decorations. I’m really happy with the floor of the barn, which is a mix of course dirt, jungle planks, and granite (I think of it as reddish gravel). After finishing the whole barn, I realized that a few well placed cobwebs would also improve the feel. 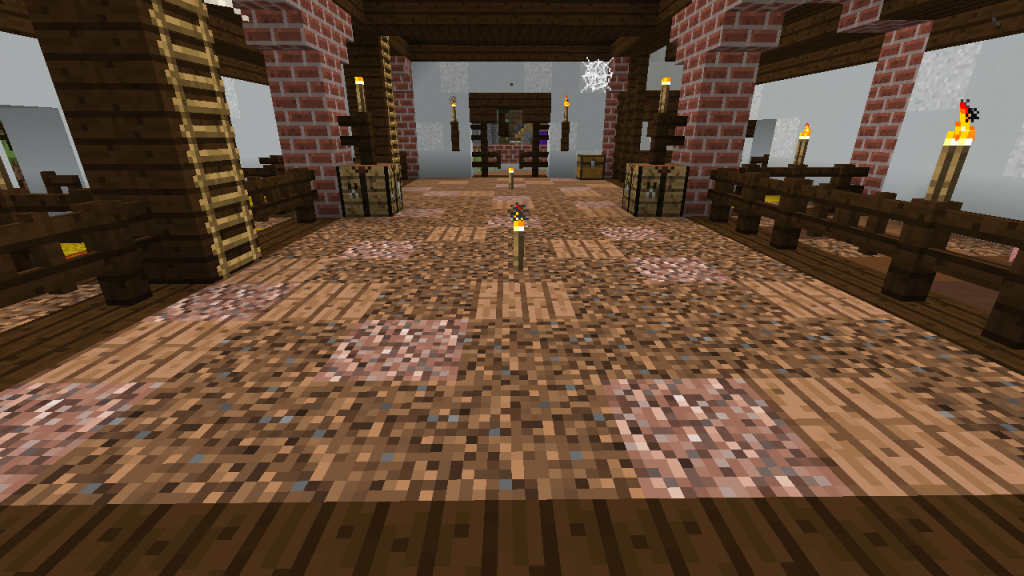