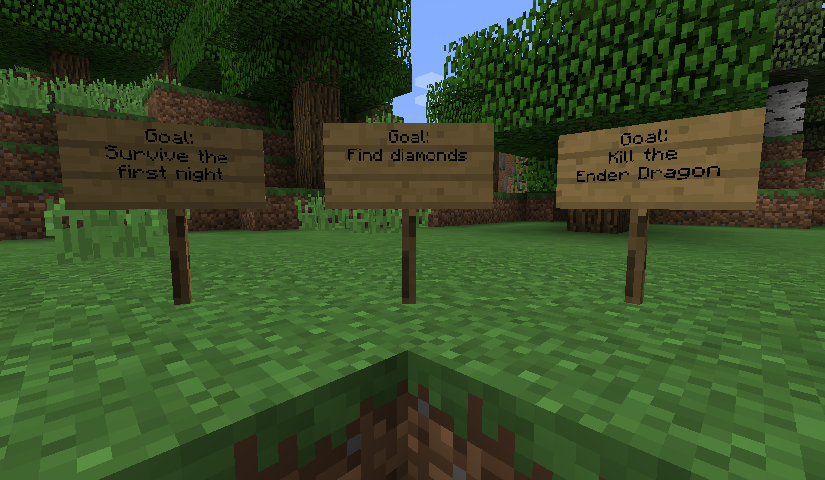 So, in my last post I outlined how I went from being a vanilla Minecraft player to deciding to create a mod of my own. In this one, I’ll lay out the goals for Iberia. In short, they are to:

Increasing the difficulty of Minecraft

This first goal is really the core of the mod. After playing for a few months, vanilla Minecraft was just too easy. Even on hardcore, it’s mostly not hard to stay alive, which means that when you die its due to a stupid accident. That makes hardcore engaging in some ways, but once you’ve made that one misstep the whole game is over. I like a good hardcore game, but I also want to be able to keep playing (with serious consequences) after a death. So Iberia is trying to make Minecraft harder than hardcore in some ways: let’s make the actual gameplay take some thought, require some work and skill that just isn’t necessary in hardcore. But it’s also letting it be easier, in the sense that you can respawn after death.

The goal of preserving the vanilla feel comes from my own enjoyment of vanilla Minecraft. I don’t want a big mod with so many esoteric changes that it requires a whole new wiki to document everything. I want to spend my time playing Minecraft, not reading a wiki. Where possible, Iberia should be usable without knowing anything about it, just by playing the game and adjusting to the challenges that naturally present themselves to you.

The goal of enhancing gameplay is really about recognizing that making Minecraft harder should never make it boring, or a grind, or just plain silly. Enhancing gameplay is about making Minecraft more fun and more realistic. But not too realistic. Because perfect realism would make Minecraft as boring as real life. The challenges in Iberia should be challenges that make you grin and say, “yeah, let’s do this!”. When you fail, you still feel like it’s possible and want to try again, because it’s fun no matter the outcome. And if you accomplish them, you should be proud, more so than in vanilla Minecraft.

Encouraging the use of under-appreciated Minecraft features

While it’s clear that mods greatly expand the number of cool things you can do in Minecraft, Iberia should point players to all the cool things in vanilla Minecraft that are under appreciated. It’s so easy to start a new world, start your mine, get all the stuff you need, and build a base, while not ever enjoying significant parts of the game. Have you ever built an armor stand? If so, have you ever used it? Have you ever dyed leather armor? Have you ever gone caving for diamonds? Do you ever write in books? If we can make those features fun to use and fit into accomplishing new challenges, all the better.

So, how does Iberia do all this? Well, it’s still a work in progress, so your ideas are welcome. But it does exist, with at least a few unique challenges already available. Plus, I’ve got a decent backlog of ideas that I’m excited to add and then use when I’m playing. But I’ll save the challenges for future posts.